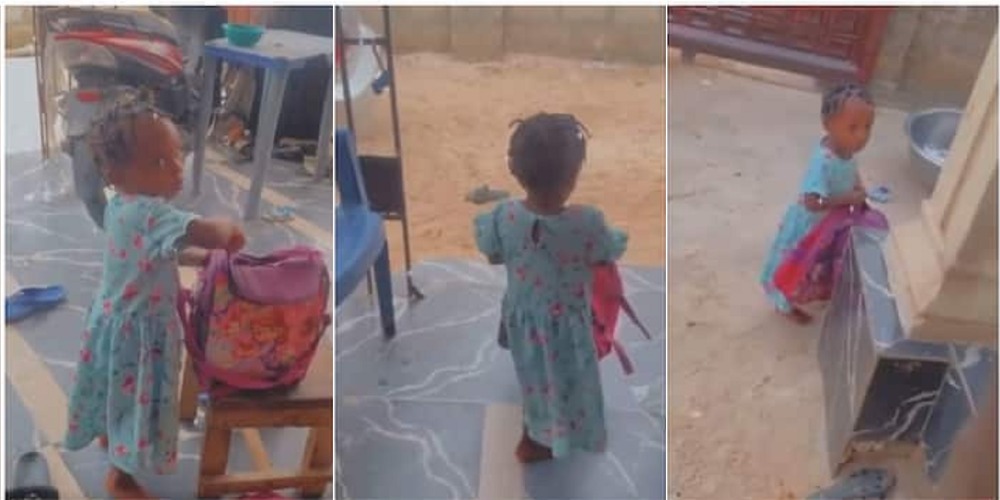 A video has emerged on social media showing the dramatic moment a little Nigerian girl packed her bags and moved out of her parent’s house after being scolded by her mum.

In the viral video shared on Instagram, the little girl could be seen visibly angry while struggling to put her stuff including her lunch box inside her bags in readiness for her exit.

Her mum, who had earlier spanked her for an unknown reason, could be seen hilariously appealing to the girl to change her mind, a plea that seemed to be falling on deaf ears.

When the mum attempted to apologize, the little girl insisted that she should leave her alone while demanding for her bag as she stormed out of the house with her stuff, stealing glances back at her mum while walking away.

KanyiDaily had also reported how a young girl was seen in a viral video arguing with her Nigerian mother over house chores, saying that because her mum gave birth to her does not mean the latter would not do anything at home.