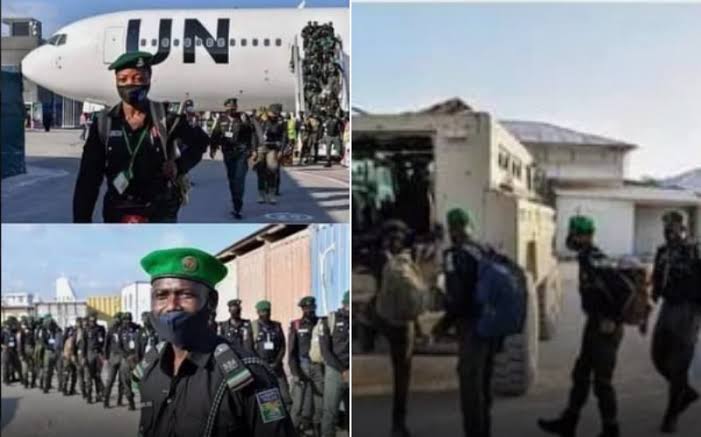 The Africa Union Mission in Somalia (AMISOM) has announced the arrival of a contingent of 144 policemen and women from Nigeria to boost stabilisation efforts.

According to Xinhua, the police officers, including women, quietly departed Nigeria over the weekend with Samuel Ita as the commander.

AMISOM Police operations coordinator Daniel Ali Gwambal said in a statementnt that 30 of the police officers will serve under the AMISOM for one year.

Gwambal said they will be deployed to Beletweyne in HirShabelle State, while the rest will serve in various roles in the capital, Mogadishu.

“They are here in order to fulfil the mandate of AMISOM with regards to operational support to the Somalis and at the same time to mentor the Somali Police Force (SPF),” Gwambal said in a statement issued in Mogadishu.

“There are certain specific duties that are also incumbent on them to perform while they are here such as regular patrols at checkpoints, guard static duties and other duties that involve general policing,” he added.

Gwambal said the officers will work on providing VIP escort and protection services, training and assisting the SPF in public order management.

They will also conduct joint patrols with their Somali counterparts and secure key government installations and high-level events.

The AU mission said the arrival of the Nigerian contingent is a major boost to law and order efforts, as they will be working in concert with their Somali counterparts in ensuring improved security in liberated areas.

The commander of the newly deployed unit, Samuel Ita, said his officers were eager to begin discharging their duties, to help advance the mission’s mandate. 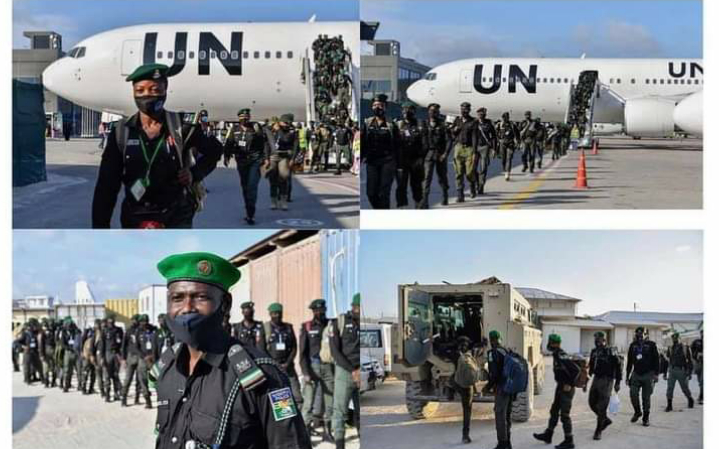 The deployment of the police officers is coming at a time when many Nigerians weeks are extremely worried about the high rate of insecurity in the country,