A member elect of Ekiti State House of Assembly, Mr Adegoke Olajide has said the appellate court judgement upholding the election of Governor Kayode Fayemi has again raised hope in the growth of Nigeria’s democratic institutions.

In a congratulatory message on the verdict, Mr Olajide noted that all actors in the nation’s polity demonstrated their conviction and faith in the judiciary as a veritable platform to ventilate their view on the conduct of the election.

He said such substantial decisions by the judiciary that dwell more on equity rather than the technical areas of common law would reduce the spate of electoral violence in the country.

The legislator elect to represent Efon constituency urged Nigerian political actors to consciously allow the growth of the arbitration institution as the last resort to seek redress rather than self help.

Mr Olajide explained that the verdict would further spur the Governor to be more dedicated to driving the process of restoring the values of the Ekiti people built on age long tradition of justice, fairness and integrity.

He also assured his constituents that the present administration would significantly address the ecology challenge in the community . 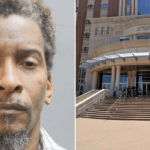 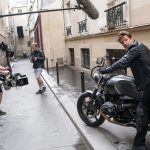