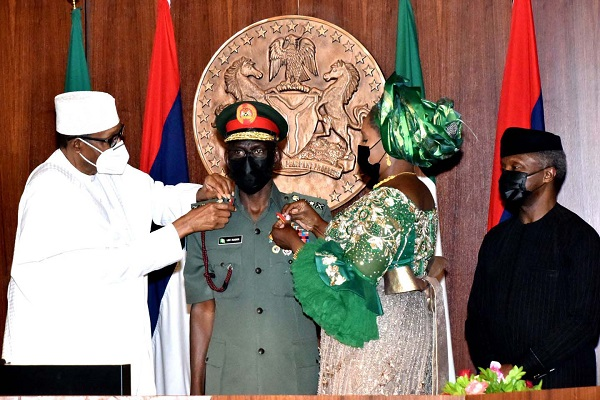 From President Muhammadu Buhari came, on Friday, an agenda for the newly appointed service chiefs as the military officers wore their new ranks for the first time.

Buhari asked them to secure the country as early as possible, preferably before the rainy season sets in.

To realize this objective, Buhari said they should seek out the best officers and men within the forces “irrespective of seniority and paper qualifications, and work with them to secure this country.”

Buhari’s immediate predecessor, Dr. Goodluck Jonathan, said yesterday that there is no way the President and the governors would be sleeping well with the level of insecurity in the country.

He said normalcy could be restored if all those saddled with the responsibility of securing lives and property work together.

The Nigerian Air Force (NAF) immediately effected a major shake-up in its hierarchy amidst allegations of serious lobbying by some officers for ‘juicy’ positions in the forces.

Buhari, speaking at the decoration of the service chiefs with their new ranks yesterday, said since he has already accepted responsibility for their actions on the field, it is now up to them to “go out into the field and secure the country.”

He said: “You have got a few weeks to do that because by the rainy season, we expect people to develop confidence and go back to the land so that we don’t get into trouble by being away from the field and therefore unable to produce enough food for the nation.”

He also went on Twitter, saying: “As I assured at our last security meeting, I have taken responsibility as C-in-C for them to go out into the fields and every part of the country to ensure peace and security. I have accepted responsibility for all actions taken in fulfillment of the mandate to secure Nigeria.”

Buhari, assisted by Vice President and wives of the service chiefs, later decorated the military officers with their new ranks.

The Chief of Naval Staff Awwal Zubairu was elevated from Rear Admiral to Vice Admiral while the Chief of Air Staff, Isiaka Oladayo Amao, moved from Air Vice-Marshal to Air Marshal.

In attendance at the ceremony were the Secretary to the Government of the Federation (SGF), Mr Boss Mustapha; Defence Minister Bashir Magashi and the Chief of Staff to the President, Prof. Ibrahim Gambari.

Responding to questions from State House correspondents after the ceremony, the Chief of Defence Staff, General Lucky Irabor, ruled out the possibility of negotiating Nigeria’s peace and security with terrorists.

According to him, it is rather the armed forces that will determine the way peace and security are preserved in the country.

Asked about the role the Nigerian military played in the recent negotiations that led to the release of the school children from their abductors, General Irabor said: “Peace and security is not just the security of the borders alone. It comes with having to build bridges across various divides.

He assured Nigerians that the country would soon start experiencing peace, saying that Nigerians cannot continue to live in fear.

Asked the next step for the military, he said: “Nigerians expect us to bring about peace and security in concert with other security agencies. That we will do. We can’t live in fear. And we will ensure that whatever brings fear to Nigerians before now will be a thing of the past.”

He declined to give details of what he called “the trump card” going forward, but he said he would not give an order to soldiers that he himself would not obey.

He added: “Strategies are not sacrosanct. Of course, there are dynamics that we need to begin to look at, what needs to be reviewed, and that is precisely what we are doing currently. And we review various strategies and of course come up with new ones to be able to meet the demands of the current realities.”

On the expectation for the military to achieve concrete results in the next few weeks, the CDS said: “That is a matching order that Mr. President has given to us, and we will work assiduously to achieve that,” adding, “No doubt, the next 100 days are not as important as today.

“I believe that as members of the Armed Forces, working in concert with the rest of the security agencies, we will bring Mr. President’s expectations to bear in terms of our task. But let me also let you know that the inevitable is that Nigerians will indeed experience peace and security across the land.”

Jonathan: I believe Buhari, govs not sleeping over insecurity

In Asaba, Delta State, former President Goodluck Jonathan said the security challenge across the country could be improved if all stakeholders, including state governors and security chiefs, work harmoniously with Buhari.

Jonathan, who was on a condolence visit to Governor Ifeanyo Okowa on the recent death of his father, said: “I believe that the President himself is not sleeping and that the governors are not sleeping as well over the insecurity challenge in the country.

“As long as the governors, the President and all the security agencies can work together, Nigeria will be able to cross over this very ugly phase of societal evolution.”

He dismissed as mere speculation reports that he is interested in contesting the 2023 presidential election.

He said he is content with serving “God, humanity, Africa, and the world to the best of my ability and with all sense of commitment and sincerity.”

New Branch Chiefs, Air Officers Commanding (AOCs), Commandants of Tri-Service Institutions and other functionaries, including a new spokesperson, were appointed in what the outgoing Director of Public Relations & Information, NAF, Air Vice-Marshal Ibikunle Daramola, described as part of efforts to reinvigorate the operational effectiveness of NAF.

Also affected by the new appointments are AVM Mahmoud Ahmed, who is now the Chief of Defence Transformation and Innovation (CDTI), DHQ; AVM Cletus Udeagulu is now the Chief of Communication Information Systems (CCIS), HQ NAF while AVM Isah Muhammad is appointed Chief of Administration, (COA), HQ NAF. AVM Pam Chollom has been appointed as the Chief of Logistics (CLOG), HQ NAF, while the former AOC, Air Training Command (ATC), Kaduna, AVM Musa Mukhtar has been moved to HQ NAF as the Chief of Aircraft Engineering (CAcE).

“AVM Mfon Ekpoh has been redeployed to the Nigerian Defence Academy as Deputy Commandant while AVM Emmanuel Chukwu has been appointed as the College Secretary, NDC. Furthermore, AVM Abraham Adole is appointed as the Deputy Theatre Commander, Operation LAFIYA DOLE (OPLD) while Air Commodore (Air Cdre) Nnamdi Ananaba, takes over as the Air Component Commander OPLD.

Daramola said the newly appointed and redeployed senior officers are expected to take over their new offices not later than Thursday, 11 March, 2021.|

It was gathered that some officers across the armed forces have been lobbying seriously for ‘juicy’ postings.

Sources said some powerful groups have been piling pressure on the service chiefs to favour their candidates with ‘juicy’ postings.

A source said such lobbying is not new but expressed the hope that the service chiefs are capable of resisting any external influence and will base appointments and postings strictly on merit. 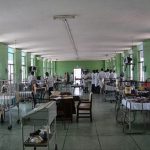 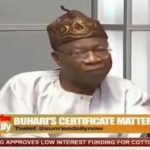 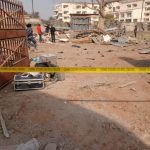