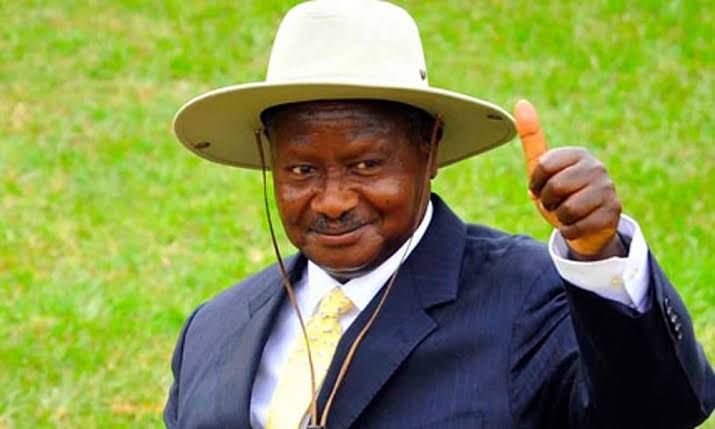 76-year-old President, Yoweri Museveni, has been re-elected for a sixth term after he was declared the winner of the 2021 Ugandan presidential election.

The electoral commission announced on Saturday that Museveni won in a landslide, with 58.64% of the nearly 10 million ballots cast, while his nearest rival, Robert Kyagulanyi, aka Bobi Wine received 34.83% of the vote.

76-year-old Museveni, who has been in power for 35 years, campaigned for another term arguing his long experience makes him a good leader.

However, Bobi Wine, 38, a singer-turned-politician appealed to young Ugandans and pledged to end what he calls dictatorship and widespread corruption.

Speaking with journalists on Saturday, Wine called on Ugandans to reject the election results, adding that his team was considering all peaceful, nonviolent and legal options to contest the results.

“We are the real winners of this election and therefore what the electoral commission announced has nothing to do with the real election that took place.

“I can call on all Ugandans to reject the announcement that has been made by the electoral commission … to reject them with the contempt with which it deserves,” Wine said.

Wine said on Friday he had video proof of voting fraud and would share the videos when internet connections are restored.