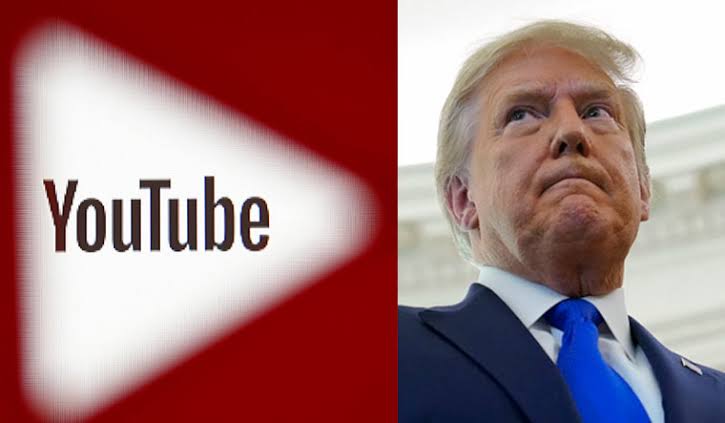 YouTube has temporarily suspended the channel of US President, Donald Trump, for atleast one week, after earlier content violated policies for inciting violence.

In a statement issued on Tuesday evening, YouTube said Trump’s channel has been restricted form uploading new videos or livestreams for a minimum of seven days – which may be extended.

The Google-owned platform said it removed the faulty earlier content content that was uploaded on January 12, although it was not immediately clear which videos in question were in violation.

“After careful review, and in light of concerns about the ongoing potential for violence, we removed new content uploaded to the Donald J. Trump channel and issued a strike for violating our policies for inciting violence,” a YouTube spokesperson said in a statement to CNN.

“As a result, in accordance with our long-standing strikes system, the channel is now prevented from uploading new videos or livestreams for a minimum of seven days—which may be extended.”

YouTube also said in the statement that it will be “indefinitely disabling comments” on Trump’s channel because of safety concerns.

Under YouTube’s policies, a second strike would result in a two-week suspension, while a third strike would get the account banned permanently.

The move comes amid a push to combat the incitement of violence online, after Trump supporters stormed the Capitol Hill last week trying to halt the certification by Congress of President-elect Joe Biden’s election win.