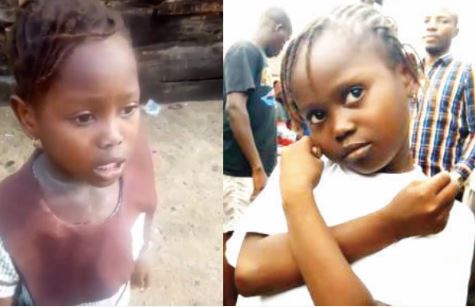 Parents of Success, the little girl who was sent home over school fees in Delta, have narrated how they almost killed Success whose video now changed their lives.

Punch reported that Success’ father, Godwin Adegor, is a commercial motorcyclist, popularly known as okada rider, while her mum sells recharge cards and raw eggs. They also have two other children – Gift and Marvelous – who are in Junior Secondary School.

The parents also recounted how they almost killed Success whose video now changed their lives. The girl’s father said his wife once contemplated aborting her when she became pregnant,  and even took a poisonous substance to get rid of her.

“I knew she would be a great child. That was why I gave her the name Success. We received many favours on the day she was given birth to. Let me tell you a short story about Success. After our second child, my wife said she didn’t want to give birth to another child.“When she was pregnant with Success, she decided to drink ‘Angle 90’ (a poisonous substance). She said she wanted to die. I convinced her that rather than kill yourself, have the baby so that you could sell it for N500,000. But she said she wouldn’t sell her baby.

“On the day Success was born, somebody that had owed me N100,000 paid the debt. Money was just coming from different areas. As we were receiving the goodwill, I told my wife that if we had terminated the pregnancy, would these favours have come to us? It was because of the goodwill that has always followed her that made me named name Success.

“She has been receiving blessings from every corner since she was born. There was a day a soldier who stopped the vehicle that was taking them (our children) to see their grandmother at Kwale, gave her the bread he had bought for his family. The soldier said he liked the way my daughter was talking. Anywhere she goes, she always receives favour. She has won a scholarship before. The scholarship was given to her by a governor’s aide,” he said. 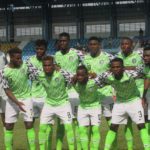 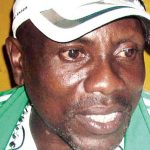 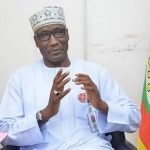 Uzodinma: Controversial judgment has stripped the Supreme Court of honour