Protesters at the Utako area in Abuja have cried out following attacks by thugs allegedly sponsored by some members of the Nigerian Police Force.

The protesters who continued with their peaceful procession in the said area in Abuja met a different turn of events as thugs armed with sticks and Batons began to attack them damaging cars and other valuables.

An attack which also left scores of the, injured while they tried to flee from their attackers.

Policemen shared sticks and batons to hired thugs in Utako and conveyed them with buses to Berger to attack #ENDSARS protesters. The system is rotten.

They came and destroyed all the cars at Berger , they paid hausa boys to attack us #EndPoliceBrutality #AbujaProtest pic.twitter.com/hgWWvQs7z8

Fulani people were sent to violently disturb our peaceful protest by spoiling these cars and many more so the blame could be pinned on us peacefully protesting in Abuja under berger bridge, being the responsible youths we are we caught some of them, pic.twitter.com/ZR0ziwHUF3

We were at Berger, protesting peacefully when Hausa/Fulani thugs attacked us with sticks and knifes. They beat some of us and destroyed vehicles. Here are the full details, as covered by me. Please, retweet. #EndBadGoveranceInNigeria #EndSWAT#AbujaProtests pic.twitter.com/BeU3e7i267

Sponsored thugs just attacked us at Berger bridge a few minutes ago and they did these to people’s vehicles.

We were to repel them and also apprehended about 7 of them.#SARSMUSTEND pic.twitter.com/GCs02UI0Ot

Someone mobilised armed thugs to attack peaceful #EndSWAT protesters in Berger, Abuja & the @PoliceNG that had been quick to attack protesters went missing. The Govt whose responsibility it is to protect Nigerians should be ashamed. As should those sowing seeds of discord.

A group of thugs have just attacked #EndSARS protesters at the Berger roundabout. After initially fleeing, the protesters have gathered and chased the thugs away. One of the thugs was apprehended and handed over to an NSCDC patrol team station there.#SARSMUSTEND 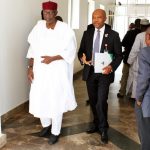 Abba Kyari: A Rare Gem with Courage of Personal Conviction 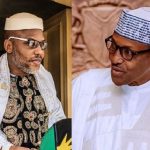 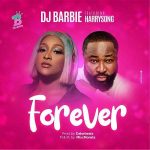 DJ Barbie And Harrysong out with “Forever” 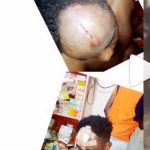 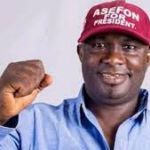 ASUU Strike: We Will Shut Down All Private Universities — NANS President