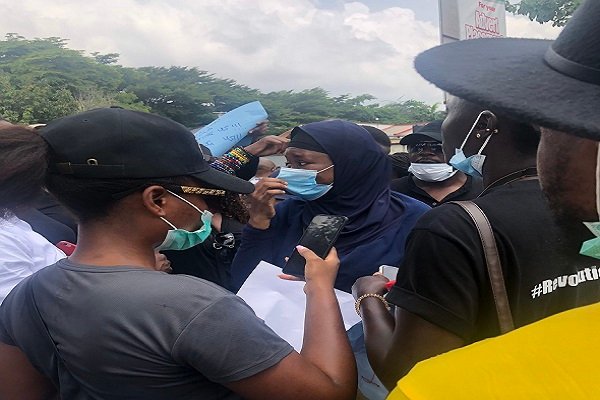 Some very defiant #EndSARS protesters have continued to protest in Abuja on Wednesday despite the dissolution of the Special Anti-Robbery Squad (SARS) by the Inspector General of Police, Mohammed Adamu.

The Nation reports that the protesters used vehicles to block motorists at Berger roundabout in Abuja chanting ‘end police brutality’.

This paralysed vehicular traffic in the area as impatient motorists made U-turn to avoid getting caught up in the resultant gridlock.

The protesters were seen stationed at Berger in large number.