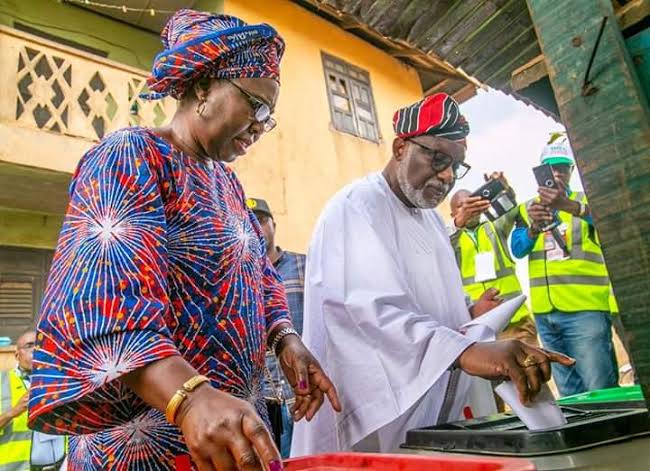 Incumbent governor of Ondo State and candidate of the All Progressives Congress (APC) Rotimi Akeredolu and his wife have cast their votes at ward 05, Ijebu II, Polling Unit 006 in Owo Local Government Area of the state.

Akeredolu, who arrived with his convoy to cast his vote, refused to join the queue. After casting his vote, The governor addressed newsmen and left.

Speaking with reporter’s, he expressed optimism of wining the state governorship election.

He said: “I am confident about winning this election. I have always said that mine is about God. I know that God in his infinite mercy will give me victory. My confidence is in God.”

Asked what will happen if the election results do not favour him, Akeredolu said: “Let me tell you something, I don’t ever think about that.

“So I don’t know what will happen. All I know is what will happen when my victory is announced, that everybody will be joyous, there will be clapping, singing and dancing. That is all I know.”