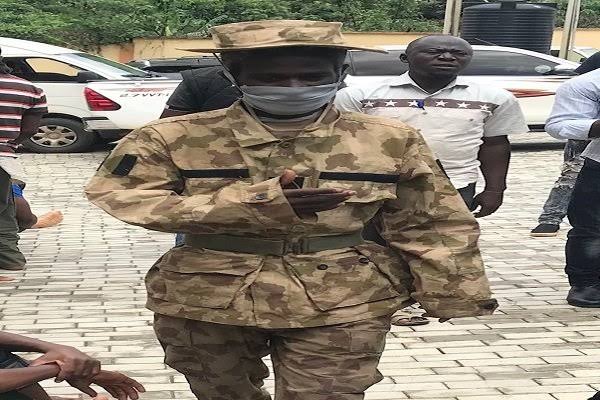 A 30-year-old kidnap kingpin, Mohammed Sani has confessed to killing more than 50 of his victims because they could not afford to pay ransom.

Sani made the confession while being paraded by the Force Public Relations Officer, DCP Frank Mba, alongside 46 other criminals at the Special Anti-Robbery Squad (SARS) Headquarters in Abuja.

Sani who is said to have been on the Police wanted list for several years said he is the commander in their kidnapping ring comprising of over 120 men under his command. and they carried out their operations mainly within Kaduna, Katsina, Niger and Zamfara.

Answering reporters’ questions, Sani said he has lost count of how many kidnap operations he carried out, adding that any of their victims that paid ransom were allowed to go but those that could not were killed.

”I have lost count of the number of victims we have killed but they are more than 50 of them. What happens is that those who pay ransom, we allow them to go. Those who do not pay ransom, our leader, Yellow Jambros gives us order to kill them”.

DCP Frank Mba, who said the suspect was nabbed by men of the Special Tactical Squad (STS), said he has been on their wanted list for a while.

“Mohammed Sani is a sector commander within the larger kidnapping and banditry enterprise. He has over 100 men directly under his command. Sani reports to another big kidnapper that is on our wanted list known as Yellow Jambros

“His area of specialty is kidnapping for ransom and banditry. Occasionally he veers into cattle rustling. He belongs to an organised kidnapping gang that has gone ahead to sectorise their operations.

“This large number of bandits and kidnappers explains why even as we (Police) are arresting them and smoking many of them, they still keep operating,” Mba said.

IN OTHER NEWS: A pastor who was arrested for killing a native doctor with machete in Anambra, has confessed that he was sent by God to commit the murder.