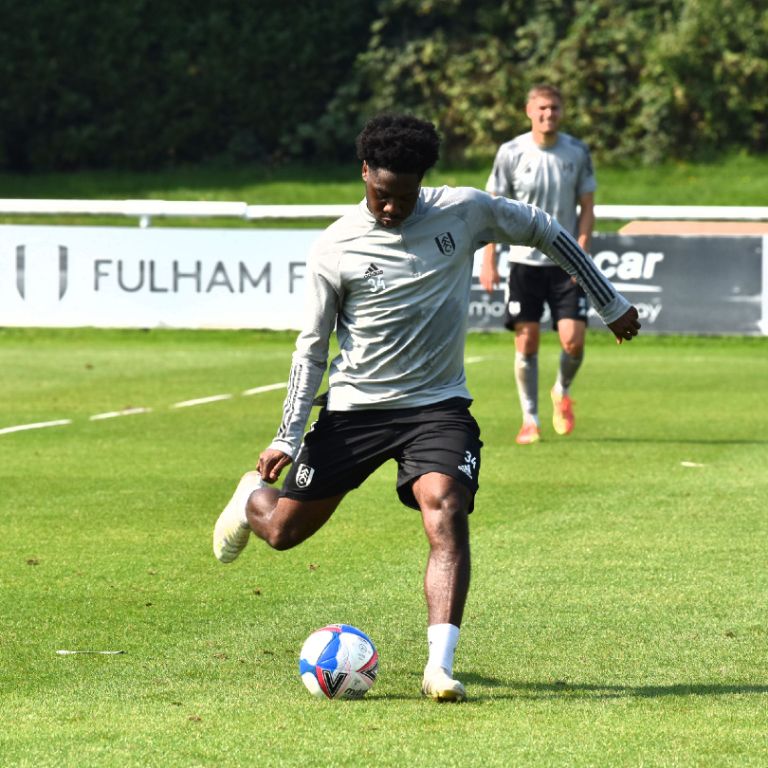 Super Eagles defender and Pulham new signing Ola Aina is set to make his debut for the Cottagers when they play host to Sheffield Wednesday in a Carabao Qup dash today at the Craven Cottage, Completesports.com reports.

Aina arrived Fulham in a loan deal from Torino where he had spent the last two seasons.

The 23-year old was not listed for Fulham’s first two games of the season that saw the Cottagers lost 3-0 at home to Arsenal and then 4-3 away against Leeds United in Premier League games.

Coach Scot Parker had said the games came too early for Aina but the gaffer is now set to hand the Nigerian international his debut after declaring that he has a full squad to pick from in his pre-match talk.

“There is no injury really. We are at full strength. Everyone is good. So l’ve got a fułl squad to pick from,” Parker said during his pre-match news conference.

“As always, it’s about balancing which players need it and where they are in their fitness. So those are the decisions I have to make.”

It will be Aina’s 3rd League Cup appearances having previously featured twice while at Chelsea.

Meanwhile, Alex Iwobi will be gunning for his 2nd League Cup goal when he returns to action with Everton who travel against Fleetwood Town.

It will be lwobi’s Sth League Cup game for Everton (for whom he scored his only goal so far) and 16th overall from his days with Arsenal.

Iwobi had played his first game of the season for Everton in the 5-2 thrashing of West Bromwich Albion in a Premier League game last weekend.