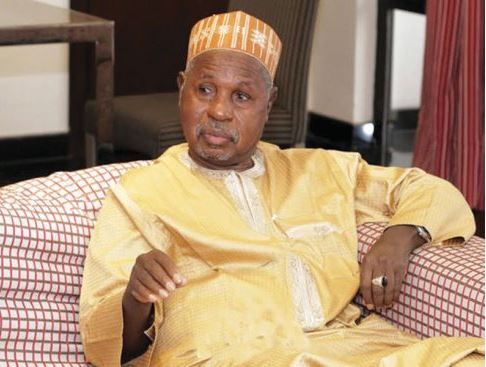 The APC in Katsina State recorded 1,232,133 and 1,178,864 votes during the presidential and gubernatorial elections.

Governor Aminu Masari, yesterday, said at a victory dinner that the national leader of the APC, Asiwaju Bola Tinubu, has renamed him “the one million votes governor”.

Masari said when he (Tinubu) called to congratulate him over the party’s victory, he told him he lacked words to express his joy and gratitude to people in the state for the victory of the APC in the 2019 general elections.

The APC in Katsina State recorded 1,232,133 and 1,178,864 votes during the presidential and gubernatorial elections.

According to Masari, the victory had given him the confidence to be in any APC gathering with his head high, saying it also signalled that both Katsinawa and Daurawa believed in the changes brought about by the APC administrations in Katsina and at the centre.

For the new administration to reciprocate the victory recorded by APC, Masari said both elected and those to be appointed must re-dedicate themselves to the service of the electorate in the state.

“Action must speak louder than words, promises made to the people must be the yardstick for execution of projects in the state,” he said.

He then advised the incoming new legislators to the state assembly against relocating to the state capital without visiting their constituents, saying it was better to be accused of being miserly than shunning the people.