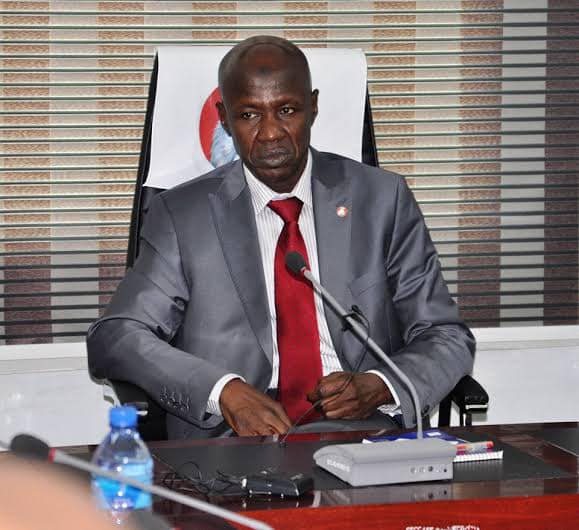 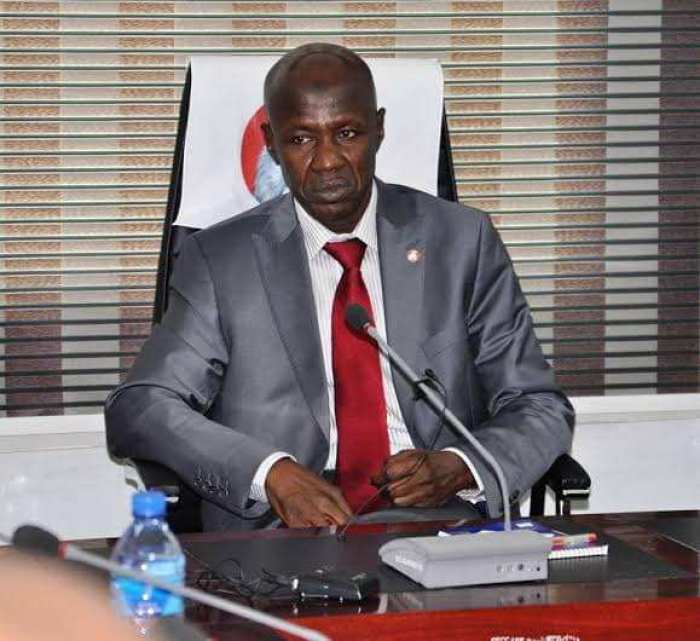 Ibrahim Magu, the suspended acting Chairman of the Economic and Financial Crimes Commission, EFCC, on Thursday opened his defence before the Presidential Panel probing allegations of corruption against him with 34-page documents submitted to the panel.

Magu was with his lawyer, Wahab Shittu when the 34-page document with 100 annexure were presented for his defence.

The Justice Ayo Salami-led panel is probing Magu for various corruption allegations, one of which was his inability to explain the whereabouts of interest accrued to N550bn recovered funds.

Magu reportedly appeared before the Justice Ayo Salami-led panel around 1pm and was still there as of 6pm, as he is explaining to the panel how recovered assets were disposed of and how monies seized from looters were kept.

The Punch quoted a top source at the EFCC as saying that “Magu arrived at the Presidential Villa along with his lawyer and some aides. However, only Magu and his lawyer were allowed inside the main hall. They have been there for the last five hours.

“Magu presented a 34-page letter which was spiral bound with 100 annexure including pictures. We are hopeful that he will be able to convince the panel that all the allegations levelled against him are trumped up.”

It earlier gathered that Magu’s attempt to to submit the same documents earlier on Monday was rejected by the panel.

Magu had said some of the recovered vehicles were auctioned to the Presidential Villa, the Ministry of Humanitarian Affairs, Disaster Management and Social Development, the Federal Inland Revenue Service and others.

The suspended EFCC boss stated in the letter that the agencies had not paid the funds but the Federal Government had agreed to deduct the money from their financial allocations.