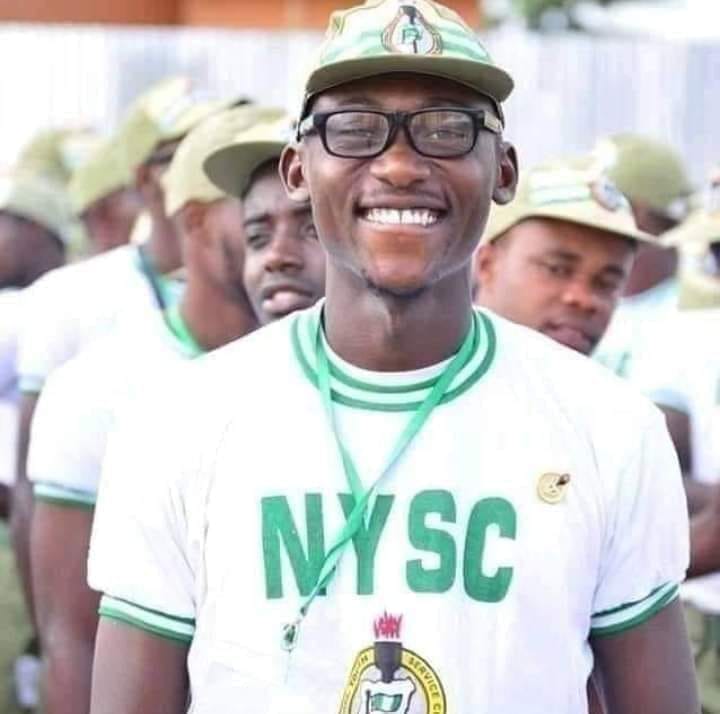 The enduring and touching story of a Nigerian man, Ramsey Mgbeahuru Aka told during his final year clearance that his admission at Abia State University was invalid after spending 4 years to study Mass Communication has served as a source of hope for those passing through challenges in life.

After he was given the heartbreaking news that his admission was fake, he mustered up courage to repeat 4 years, making it 8 years of study when his mates have already graduated and looking for to serving the country.

Well, it seems like God was preparing to wipe away his tears as after four years in the university, he emerged the Best Graduating Student of his department (2017/2018) a second time.

He was made to pay school fees again, attend same lectures all again for another four years. This happened in 2014 and finally he graduated in 2018.

He has since served and is currently working with a reputable broadcast media organization at Abuja.

According to GistReel, Ramsey confirmed the truthfulness of the story after it was shared on a popular group on Facebook – Igbo Rant.

But funny enough, the school (Abia State University) never replied him till he graduated again in 2018.

‎Maximus Ann-Kio Briggs‎ shared the story on Igbo Rant and it has gotten over a thousand likes and more than 600 comments.

“This is Ramsey Aka.

After 4 years of studying Mass Communication in Abia State University, he was told during final year clearance that his admission was invalid – not authentic.

But he said no…

He asked to repeat all over again.

He paid the fees of each semester again, same tests, sat through lectures all over again, new project topic with same stress.

This time around, he graduated at the top of his class as the best in his department. Did his final clearance and now serving as a youth corper.

What if he had allowed the devil to convince him towards suicide?

Yes, it might take a longer route at times, but we shall surely get what we pursue fervently.

Nothing, absolutely nothing is beyond us.

May this message get to the soul it was intended for. 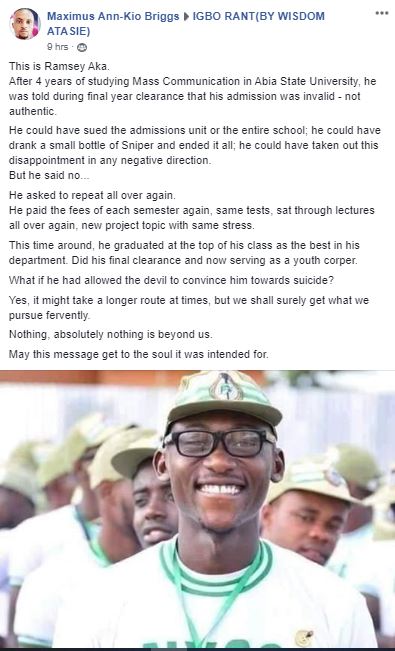