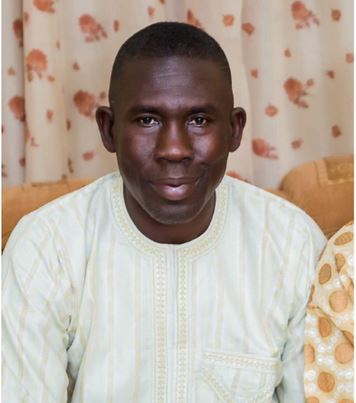 Revealed! Taraba NLC Chairman Did Not Die Of COVID-19…This Is What Killed Him

According to The PUNCH, the Taraba State Commissioner for Health, Dr. Innocent Vakkai, has said the State Chairman of the Nigeria Labour Congress, Comrade Peter Gambo, did not die of COVID-19, but complications from diabetes.

Vakkai said the result of the late labour leader who was tested for COVID-19 came back negative.

“He was suspected to have COVID-19, but his result came back negative.

“Gambo was being treated of diabetes and his sugar level became so high, leading to his death.

Meanwhile, the Taraba State Governor, Arc. Darius Dickson Ishaku, on Wednesday, expressed pain on receiving the news of the sudden and untimely death of Gambo.

Ishaku described his death as devastating to his administration.

In a statement signed by the Governor’s Special Adviser on Media and Publicity, Bala Dan-Abu, titled, ‘ Gov Darius Ishaku commiserates with workers and the family of the late Taraba State Chairman of the NLC, Rev. Peter Gambo’, Ishaku said the late Labour leader played a vital role in making labour in Taraba State a strategic partner of government in the development of the state.

“He was one labour leader who administered the union with the fear of God and a genuine determination to significantly improve the welfare of workers.

“Gambo’s mature and skillful approach to labour issues resulted in the robust and productive relationship between the government and the labour unions in Taraba State.

“I want to urge workers in the state and the family of the late labour leader to take solace in the fact that Gambo served the entire Nigerian labour family meritoriously and left an unblemished legacy of loyalty and honesty,” the statement read.

Gambo died in the early hours of Wednesday at the State Specialist Hospital, Jalingo.