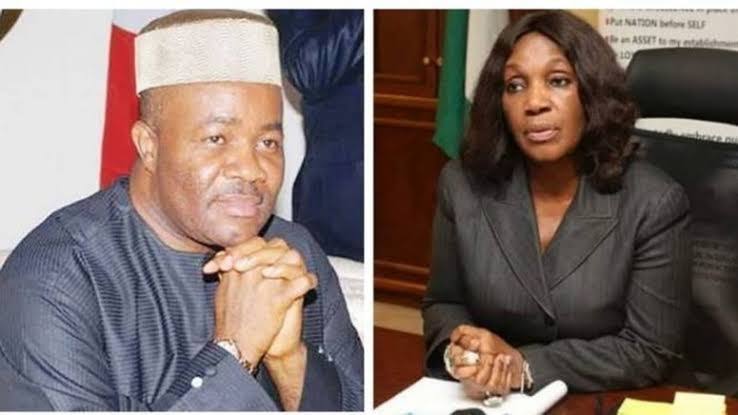 Wike warns Akpabio: No harm must come to Nunieh

Joy Nunieh and Godswill Akpabio have been engaged in bitter war –> 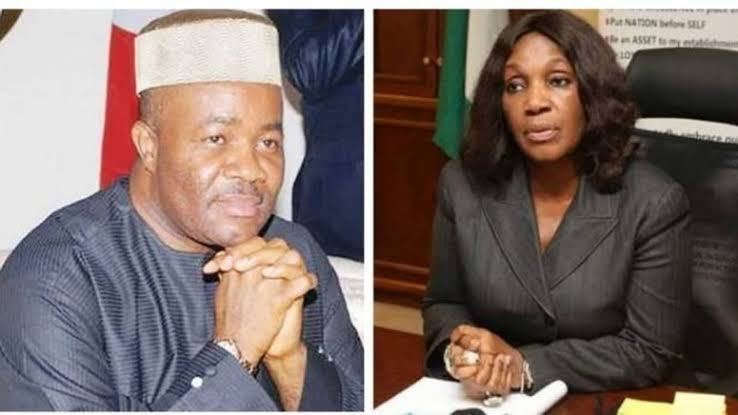 Joy Nunieh and Godswill Akpabio have been engaged in bitter war

Governor Nyesom Wike-led Rivers State Government on Tuesday warned that no harm must come to former acting Managing Director of the Niger Delta Development Commission (NDDC), Dr. Joy Nunieh, in the ongoing probe of the commission.

Nunieh had been engaged in accusations and counter accusations with the Minister of the Niger Delta Affairs, Godswill Akpabio, who supervises the NDDC.

But the government in a statement issued by the Commissioner for Information and Communications, Paulinus Nsirim, called on forces behind the probe to ensure the security of Nunieh.

According to the government, they would never support any action capable of jeopardizing the laudable intentions of President Muhammadu Buhari to reposition the commission for optimum performance.

The statement said Rivers State Government had viewed with concern, the recent developments at the Niger Delta Development Commission (NDDC) in which the name of her daughter, Dr. Joy Nunieh, the immediate past Acting Managing Director of the Commission, had been dragged into.

“We hereby call on those involved in the ongoing investigations in the NDDC to ensure that Dr. Joy Nunieh does not suffer any harm in the course of their undertakings.

“We wish to state categorically that the Rivers State Government will never support any action that will prevent or jeopardize the laudable intentions of His Excellency, President Muhammadu Buhari, GCFR, to positively reposition the NDDC and fulfill the yearnings and aspirations of the people of the Niger Delta,” it said.

The statement added that “we wish to state that while we are not interested in identifying with the present unfolding drama in the NDDC, we will not however fail to protect our daughter from actual harm or perceived danger.”

The government said it owed it as a duty to protect her citizens from danger no matter their political affiliation and that it could not fold its hands and watch anyone harm her or indeed any Rivers citizen.

“We advise those involved in the present altercations in the NDDC to thread with caution in their actions and utterances,” it said.