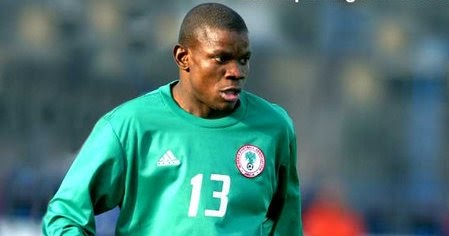 Ikedia: Why My Height Was Never An Obstacle For Me During My Football Career

Ikedia was one of the smallest players at both the Nigerian national teams and at his clubs.

And speaking on Tuesday from his base in California, USA, on a radio programme on Brila FM titled ‘No Holds Barred’ anchored by his former Super Eagles teammate Ifeanyi Udeze, Ikedia said:”I think the height of a thing is that if such a player has the talent your height will be overlooked.

“There’s a kind of talent such a player will possess teams will overlook your height. It’s just like (Diego) Maradona and (Lionel) Messi.”

When asked which game was his most memorable during his playing career, the former Ajax Amsterdam star said: “My Best game for Nigeria was the one I  played at the National Stadium (Surulere) against Zimbabwe during the Sydney 2000 Olympic qualifier.

“We needed to win the game 4-0 and the funny thing was that Zimbabwe coach was former Super Eagles coach Clemens Westerhof.

“So we needed four goals to qualify for the Olympics and a day before the match I couldn’t sleep. I remember asking Yakubu Aiyegbeni and other teammates how are we going to score four goals. But I just said we are playing at home and with God everything is possible.

“The first half was 2-0 in the second half we managed to score the third goal and in the 85th minute I made the fourth goal. That was how we qualified for the Olympics so that game I can never forget.”

He revealed that he played his best football during his time at Ajax.

“For me Ajax was where I played my best football because they take care of their players.

“In terms of money they don’t spend that much but you are comfortable, the training is one of the best if not the best in Europe.”

Ikedia who is currently an assistant coach at an high school in the US, disclosed that he plans to come to Nigeria to further his coaching career.

He added: “I’m planning to do an online course because there is something I’ve always love to do which is Physiotherapy. So I want to do the online course and hopefully I can set up my own clinic.”

And on what led to his collapse on the pitch in 2016 while playing with former Ajax teammates in a friendly game which led to him being rushed to hospital, he said: “The truth is that I was going through a rough period, I was stressed out which affected me. But thank God I survived it. The incident really made me stronger and I give God the glory.”

He was a member of the Super Eagles squad that featured at the 2002 FIFA World Cup in Korea/Japan and the 2004 AFCON in Tunisia.