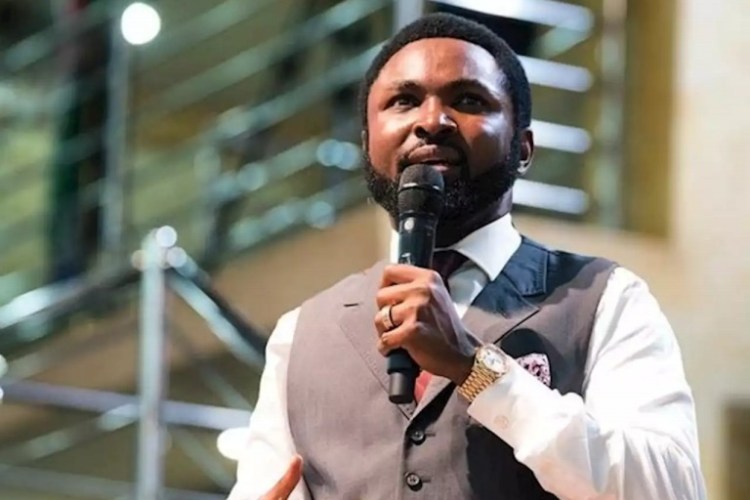 The General Overseer of Divine Hand of God Prophetic Ministries International, Prophet Emmanuel Omale, has threatened to sue the News Agency of Nigeria, NAN for reporting that the embattled EFCC chairman, Ibrahim Magu, had lodged N550m recovered loot in his personal account.

Recall that NAN while citing a document sourced through Presidential Probe Panel revealed how Mr Omale was alleged to have bought a landed property on behalf of Magu worth N573 million in Dubai, United Arab Emirate.

The report said Mr Omale’s name was uncovered through an investigative report on EFCC’s activities by the Nigeria Financial Intelligence Unit, NFIU, and mentioned in the final report of the Presidential Committee on Audit of Recovered Assets, PCARA.

Consequently, the pastor’s legal counsel, Gordy Uche (SAN), & Co, in a notification letter sent to the NAN’s Managing Director, on Monday, demanded for the “immediate retraction and unequivocal apology for the malicious libel” against Mr Omale.

According to the counsel, the report “reeks of calumny, denigration, actuated by malice, and calculated to ridicule and disparage him, and clearly a hatchet job ingeniously crafted to cast a stain on his reputation; expose him to public hatred and contempt and injure him in his religious calling, as the General Overseer of Divine Hand of God Prophetic Ministries International”.

“Our client’s attention has been drawn to the extremely malicious, derogatory and libellous publication with the caption – “HOW MAGU USED ‘PASTOR’ TO LAUNDER RE-LOOTED FUNDS ABROAD – REPORT” by your Reporter, one Isamaila Chafe, posted on your website – www.nannews.ng on the 11th day of July 2020.

“We, however, wish to make the following clarifications to put the public records straight:

“We, therefore, demand the immediate retraction of the libellous publication by way of an unequivocal APOLOGY to our client prominently published in at least three (3) National Newspapers not later than 7 (seven) days from the date of your receipt of this letter and that you restrain from further defamation of our client forthwith otherwise, a libel suit against NAN will commence you, your Organization, claiming the sum of N1, 000,0000,000.00 (One Billion Naira) as exemplary, aggravated, general damages for defamation, and for an injunction if you fail to comply.

“Further take notice that this letter constitutes our formal notice of intention to sue,” the letter read.