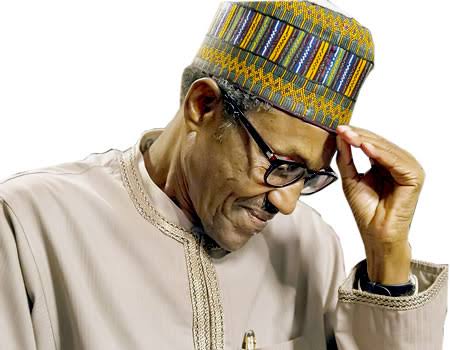 The United States of America, India and Ghana, have written respectively to the Federal Government requesting the extradition of 11 Nigerians.

According to Punch, the cases for which the Nigerians are wanted in the foreign countries include money laundering, obtaining under false pretences, fraud as well as drug-related offences.

The report, titled ‘Ministerial Performance Report May 2019 – May 2020’ was prepared by the Attorney-General of the Federation, Abubakar Malami (SAN), and presented to the Federal Executive Council.

According to the report, the ministry’s Department of International Cooperation received eight extradition requests from US; three from Ghana and one from India between May 2019 and May 2020.

The report said the department also received 62 requests for assistance in investigation under the Mutual Legal Assistance Nigeria signed with the named countries.

The ministry noted that it had sent letters to INTERPOL to locate the persons named in some of the extradition requests, adding, however, that it rejected the only extradition request from India which involved a case of alleged money laundering concerning four Indians.

“The request was denied by the HAGF (Honourable Attorney General of the Federation) because the offences allegedly committed by the suspects appeared to be political in nature. Letter denying the request was sent to India,” the report read.

The report noted that 42 Memoranda of Understanding and agreements between Nigeria and other countries were vetted during the period, while the ministry’s Department of Public Prosecutions received 1,120 terrorism-related cases in oneyear.

It noted further that 500 of the 1,120 cases had been filed at the Federal High Court “while others have been recommended for de-radicalisation.”

It added that over 3,392 general/financial matters-related cases were received from the Nigeria Police for prosecution at the magistrate courts due to the enactment of the Administration of Criminal Justice Act, 2015.

It added, “We are happy to report that over 1,000 of these cases have been completed in the magistrate courts, with the defendants sentenced to various years in the correctional services.”

While noting that more cases were being received daily, the ministry projected that about 2,500 cases would have been completed by December.

The ministry added that it was currently prosecuting 1,359 cases of conspiracy/armed robbery and 10 cases of Securities and Exchange Commission-related offences.

On hostage taking and kidnapping, the report indicated that the ministry had 10 cases in court while it was also handling seven cases of pipeline vandalism and 10 cases of electricity equipment vandalism.

The report warned the nation’s anti-corruption agencies against what it called media trials. It said:

“The ministry has approvals in place for several of its programmes, but such approvals need to be backed by prompt release of funds to enable proper execution.

“Note that ACAs (anti-corruption agencies) need to recognise that their prosecutorial mandates derive from the constitutional powers of the HAGF, hence the need for their compliance with requests that will facilitate the coordination mandate and the need for inter-agency cooperation to preserve the integrity of the prosecution processes.

“ACAs also need to desist from ‘media trials’ especially where investigations have yet to reveal tangible evidence that will sustain charges when filed in court.”

This is coming amidst report of how suspected Nigerian cybercriminals, Ramon Abbas (aka Hushpuppi) and Olalekan Ponle (aka Woodberry), defrauded over 1.9 million victims to the tune of $435.6 million (N168 billion).