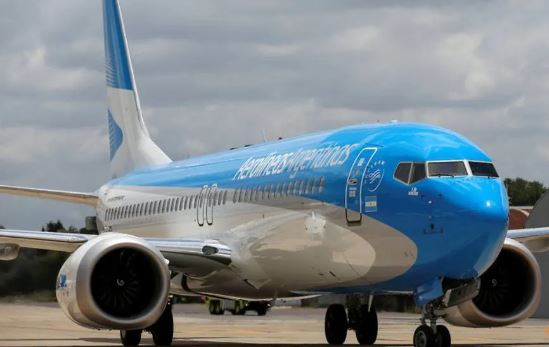 The News found five complaints about the Boeing model in a federal database where pilots can voluntarily report about aviation incidents without fear of repercussions.

The complaints are about the safety mechanism cited in preliminary reports about an October Boeing 737 Max 8 crash in Indonesia that killed 189.

The disclosures found by The News reference problems with an autopilot system, and they all occurred during the ascent after takeoff. Many mentioned the plane suddenly nosing down. While records show these flights occurred in October and November, the airlines the pilots were flying for is redacted from the database.

Records show that a captain who flies the Max 8 complained in November that it was “unconscionable” that the company and federal authorities allowed pilots to fly the planes without adequate training or fully disclosing information about how its systems were different from those on previous 737 models.

The captain’s complaint was logged after the FAA released an emergency airworthiness directive about the Boeing 737 Max 8 in response to the crash of Lion Air Flight 610 in Indonesia.

An FAA spokesman said the reports found by The News were filed directly to the National Aeronautics and Space Administration, which serves as a neutral third party for reporting purposes.

Tuesday evening, the FAA issued a statement from acting Administrator Daniel K. Elwell saying that the agency “continues to review extensively all available data and aggregate safety performance from operators and pilots of the Boeing 737 MAX.”

“Thus far, our review shows no systemic performance issues and provides no basis to order grounding the aircraft. Nor have other civil aviation authorities provided data to us that would warrant action,” the statement said.

A federal audit in 2014 said that the FAA does not collect and analyze its voluntary disclosure reporting in a way that would effectively identify national safety risks.

U.S. regulators are mandating that Boeing upgrade the plane’s software by April but have so far declined to ground the planes. China, Australia and the European Union have grounded the 737 Max 8, leaving the U.S. and Canada as the only two countries flying a substantial number of the aircraft.

U.S. Sen. Ted Cruz of Texas, who leads a Senate subcommittee overseeing aviation, said in a statement Tuesday that U.S. authorities should ground the planes.

“Further investigation may reveal that mechanical issues were not the cause, but until that time, our first priority must be the safety of the flying public,” the Republican said.

At least 18 carriers — including American Airlines and Southwest Airlines, the two largest U.S. carriers flying the 737 Max 8 — have also declined to ground planes, saying they are confident in the safety and “airworthiness” of their fleets. American has 24 of the planes, and Southwest has 34.

“The United States should be leading the world in aviation safety,” said John Samuelsen, president of a union representing transport workers that called Tuesday for the planes to be grounded. “And yet, because of the lust for profit in the American aviation, we’re still flying planes that dozens of other countries and airlines have now said need to be grounded.”

The complaint from the captain who called into question the 737 Max 8’s flight manual ended: “The fact that this airplane requires such jury rigging to fly is a red flag. Now we know the systems employed are error-prone — even if the pilots aren’t sure what those systems are, what redundancies are in place and failure modes. I am left to wonder: what else don’t I know?”

The Maneuvering Characteristics Augmentation System, or MCAS, was included on the Max 8 model as a safety mechanism that would automatically correct for a plane entering a stall pattern. If the plane loses lift under its wings during takeoff and the nose begins to point far upward, the system kicks in and automatically pushes the nose down.

After the Lion Air crash, the FAA issued an airworthiness directive that said: “This condition, if not addressed, could cause the flight crew to have difficulty controlling the airplane, and lead to excessive nose-down attitude, significant altitude loss, and possible impact with terrain.”

Officials have not yet determined what caused Ethiopian Airlines Flight 302 to nose-dive into the ground Sunday, but many experts have noted similarities between this week’s crash and the one in Indonesia.

A spokesperson for Dallas-based Southwest Airlines told The News that it hasn’t received any reports of issues with MCAS from its pilots, “nor do any of our thousands of data points from the aircraft indicate any issues with MCAS.”

American Airlines emailed a statement to The News Tuesday night saying that it believes the Max 8 planes are safe, that its pilots are well-trained to fly them, and that the Fort Worth-based company has not “had similar issues regarding an erroneous angle of attack during manual flight.”

The FAA issued a statement to The News on Tuesday saying it was “collecting data and keeping in contact with international civil aviation authorities as information becomes available.”

“The FAA continuously assesses and oversees the safety performance of U.S. commercial aircraft,” the statement said. “If we identify an issue that affects safety, the FAA will take immediate and appropriate action.”

Jon Weaks, president of the Southwest Airlines Pilots Association, said in a news release Monday night: “We fully support Southwest Airlines’ decision to continue flying the MAX and the FAA’s findings to date.”

Boeing, which posted a record $101 billion in revenue last year, issued a new statement Tuesday saying that no grounding of planes was necessary. “Based on the information currently available, we do not have any basis to issue new guidance to operators,” the company said.

Samuelsen, of the transport workers union, said it’s “unconscionable” that the FAA has not yet grounded the planes in the U.S., given the number of deaths that have occurred.

“This pressure should not be on these pilots to overcome an engineering flaw that Boeing themselves acknowledges,” he said.

How can I check whether my flight is on a 737 Max?

If you already have a ticket, you should be able to tell from the booking details. If you are making a booking online, many sites indicate the model. If not, websites such as http://flightstats.com allow you to dig into details of flights at least a few days in advance, including the make and type. 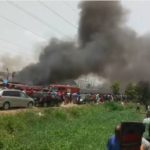 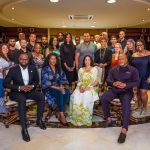 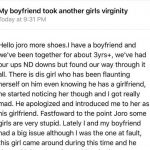 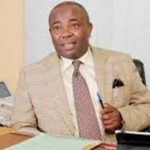 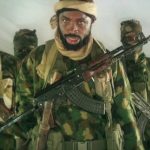