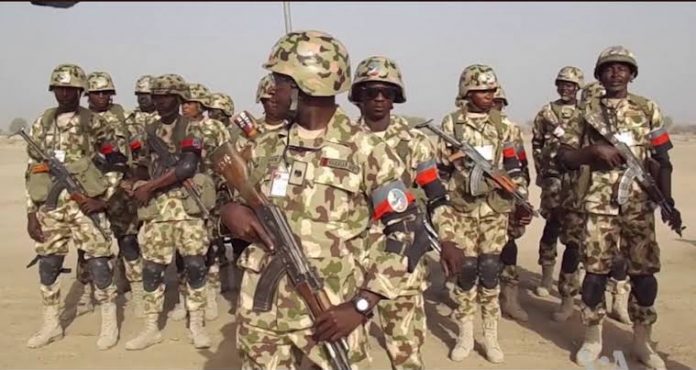 A group of terrorists at the weekend ambushed a military convoy, killed 24 soldiers while many others were declared missing. Military authorities confirmed the assault on Monday, hinging the killing on jihadists.

The Army had on Monday disclosed that eight soldiers were lucky to escape the attack on a convoy of about 12 vehicles on Sunday at Bouka Were in Central Mali, about 100 kilometres (60 miles) from the border with Mauritania. The army authorities could not, however, say the exact number of missing or injured soldiers in the attack that 24 soldiers died.

National Daily gathered that a senior military officer had that some of vehicles in the convoy maneuvered out of the  ambush; he lamented that of the 64 troops in the convoy, only about 20 were present at roll call after the ambush. This is an indication that 20 other soldiers are missing.

National Daily further gathered Islamist terrorism perpetuated by the Al-Qaeda has been unleashed on central Mali and some other West African countries. The jihadists were revealed to have declared war in northern Mali in 2012, which later spread to revolt in Burkina Faso and Niger Republic.

It was highlighted that the al-Qaeda-linked group, Katiba Macina, led by an ethnic Fulani (Peul) called Amadou Koufa, has continued to recruit fighters from Fulani herdsmen, whose community has been on war path with the Bambara and Dogon farming communities in the troubled zones. The groups were said to have established their own defence structures or organisations.