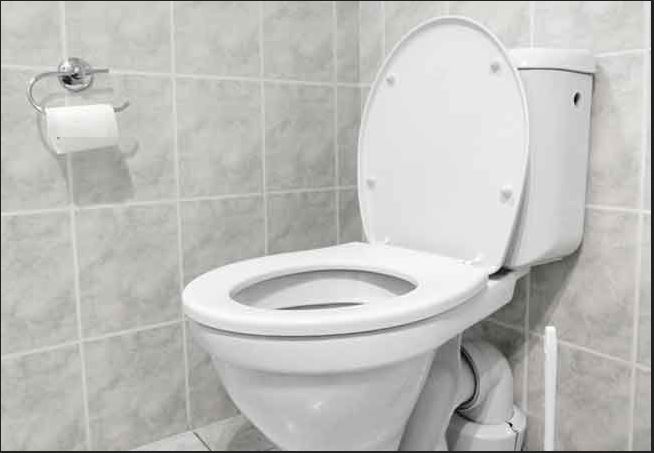 Lady Survives On Feaces, Toilet Water After Employer Beat Up And Lock Her In Toilet For 6 Days For Allegedly Stealing Phone

Lady Survives On Feaces, Toilet Water After Employer Beat Up And Lock Her In Toilet For 6 Days For Allegedly Stealing Phone

A lady who was allegedly beaten and locked up inside a toilet for 6 days by her employer who accused her of stealing a phone, is said to have survived from eating her feaces and drinking toilet water because she was not given food.

Igala Alan Shore who is currently seeking justice for the lady recounted the incident on his social media page while also calling for help to ensure justice is served as he claims the lady was released on the 7th day and given N1000 to take care of herself.

She is said to be in the hospital receiving health care and her wounds are currently infected and gangrenous.

“Please who can introduce me to a senior official in NAPTIP who can ensure someone gets justice? A young lady was accused of stealing her employer’s phone, beaten badly then locked up in a toilet for 6 days without food & water. She had to drink water from the toilet to survive

She had to eat her own faeces & drink water from the toilet to survive. On the 7th day she was abandoned by a road side & given N1000. Her wounds are currently infected and gangrenous.

Her family have reported to  @PoliceNG officials who are treating the matter with levity.

They reported to NAPTIP 2 weeks ago. NAPTIP officials have only visited the hospital today to take her statement because my office has become involved. I’m mad to my bones and I want to take this as far as it can go”.

UPDATE: @naptipnigeria official, Mr Marcus, is refusing to attending to this matter with seriousness. He’s lied to us that the couple were arrested, when in truth they weren’t. He’s aggressive for no reason. Obviously been compromised.

UPDATE: @segalink has gotten me a contact  @PoliceNG. A petition will be submitted tomorrow morning.

UPDATE: @NhrcTweets has contacted me as well. I have been told an official will contact me shortly. 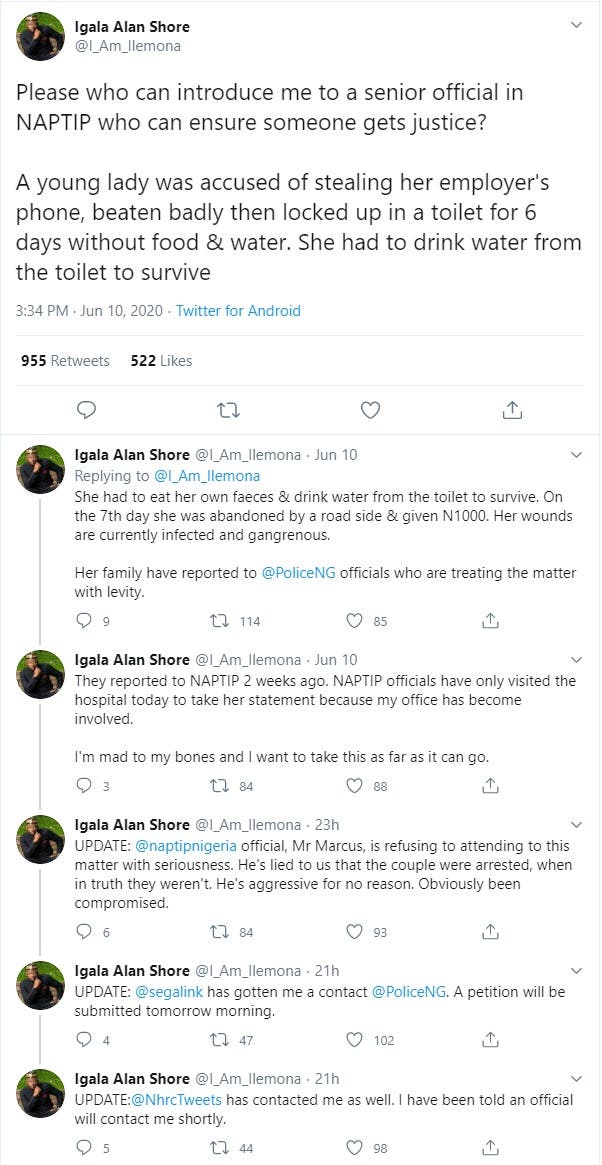