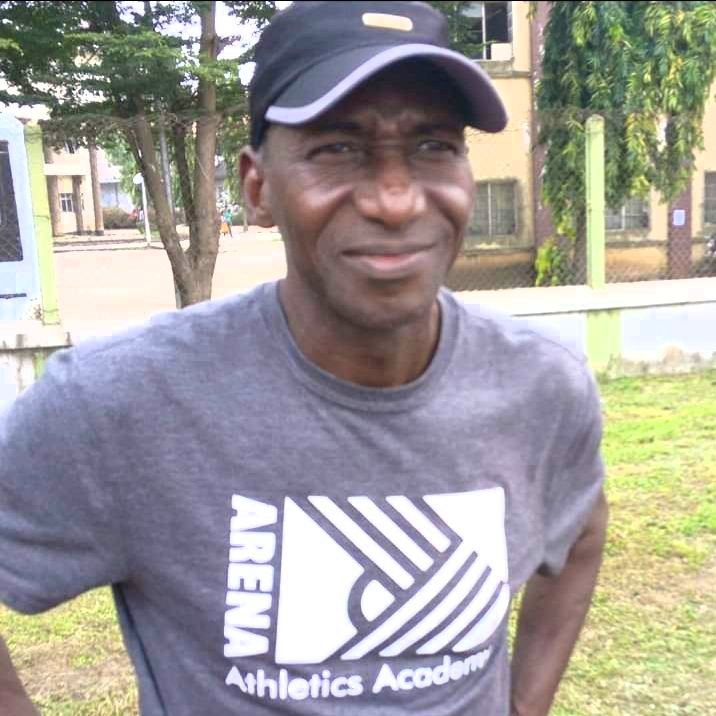 Athletics Federation of Nigeria (AFN) has learned with shock and sadness the untimely death of veteran athletics coach, Adu Uruemu.

Uruemu, head coach at Arena Athletics Academy, died on Sunday May 10, 2020 in Lagos after complaining of headache. He was aged 54.

In a statement released on Monday, AFN president, Olamide George says that the passage of Uruemu has devastated the athletics family in Nigeria.

“This is a very sad moment for track and field in Nigeria. We are still struggling to get over the passing of coaches Tobias Igwe and John Obeya. Now death has dealt us in the athletics family another blow. Coach Uruemu was more than a coach to his athletes. He was a father and a mentor and very helpful to all athletes. He was an optimist and championed the cause of development of athletics in Nigeria.Until his death, he was the Secreatry General of Nigerian Athletics Masters,” said George who recalled that coach Uruemu has produced a lot of Nigerian athletics talents, some of whom are already in the United States to further their education and career.

The AFN president says the federation will send a condolence message to the family of coach Uruemu and prays that God grants the family the fortitude to bear this great and irreparable loss.