Manchester United have cleared striker Marcus Rashford to step up his rehabilitation from a back injury that has kept him out of action since January.

Rashford told Sky Sports News on Saturday that he was feeling “10 times better” than he had done at the beginning of March, as he recovered from the double stress fracture suffered against Wolves on January 15.

The England striker, who has scored 19 goals in 31 club appearances this season, said he expected a scan to reflect the improvements he had felt, and United confirmed those scans had shown encouraging signs.

“Manchester United can confirm that Marcus Rashford has been cleared to step up his rehabilitation programme following encouraging signs on his latest scans,” a club statement said.

“His progress will continue to be monitored by the club’s medical team throughout the current lockdown period.”

The club added that Rashford had been “working hard” on his rehabilitation at United’s training ground, before the coronavirus pandemic saw all players sent home to work individually.

There had been doubts over whether Rashford would be fully fit in time to make Gareth Southgate’s squad for Euro 2020, but with the championships pushed back until next summer, the 22-year-old can now on focus on being ready for United whenever club football resumes.

During his exclusive interview with Sky Sports News over the weekend, Rashford said: “I feel much better.”

“Definitely, comparing it to two or three weeks ago, I feel 10 times better.

“For me now, it is just about getting ready to build it back up to training and playing the games with the team. I am in a much better place. I am much happier now than I was about a month ago, so things are looking positive.” 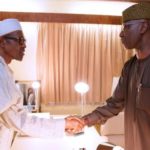 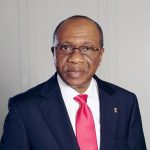