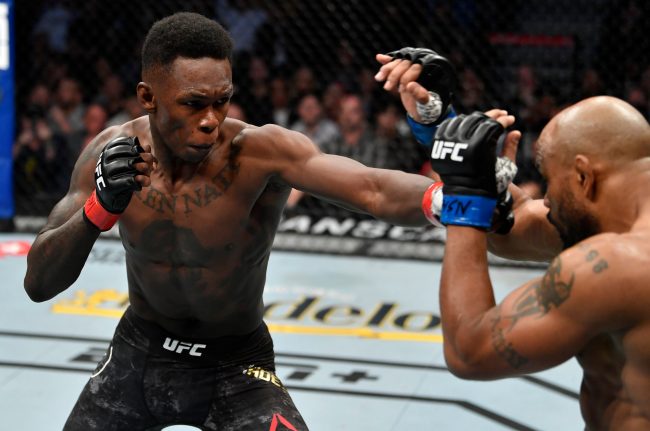 Romero started the fight standing completely motionless covering his face with his hands in a shell-like guard. Things didn’t get any less weird as the fight wore on.

Adesanya (19-0) remained undefeated with the victory. The Nigerian-born Kiwi has won all of his eight UFC fights. Adesanya, 30, was thought to be on the verge of becoming one of the UFC’s big stars leading into the bout.

Adesanya made a disclosed guarantee of $500,000 for the fight, while Romero made at least $300,000, according to purses obtained from the Nevada State Athletic Commission (NSAC).