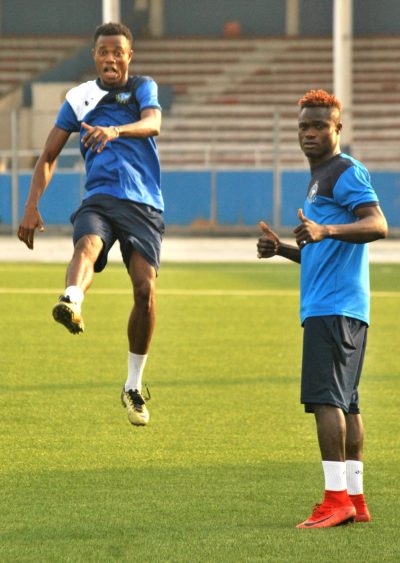 Victor Mbaoma has told Completesports.com that he has fulfilled one of his essential objectives that influenced his decision to join Enyimba of Aba last year.

“There is no doubt Enyimba are the biggest club in Nigeria today, and of course, they are the most successful Nigerian team both in the country and on the African continent,” Mbaoma who signed up from The Promise Keepers, Akwa United stated.

“Of course, it is the dream of every player to play for such a club and I’m not an exception in this regard.

“So, when the offer came, I didn’t blink an eyelid before accepting because I wanted to play in the biggest stage of African club football which is the CAF Champions League.

“I must say that I’m happy to have fulfilled that ambition even though we didn’t reach our expected target in the championship.”

Following an aggregate 1-0 defeat by Sudanese side, Al Hilal, in the last preliminary round game, Enyimba were condemned to life in the second tier continental club competition, CAF Confederation Cup, where they have progressed to the quarterfinal stage setting up a clash against Guinean side, Horoya AC.

Mbaoma is not new in the CAF Confederation Cup games, having featured for Akwa United in that competition in 2018, scoring four goals.

Remarkably, the People’s Elephant’s marksman has also scored four goals in the continent this term.

“When I was in Akwa United, I scored four goals during our CAF Confederation Cup campaign.

Enyimba are in an incredible form and shape after overcoming an early season blip.

Since their famous 5-2 victory at SAN Pedro of Ivory Coast in the last group match of the CAF Confederation Cup, the two time CAF Champions League title winners in 2003 and 2004 have gone on five-game winning streak, scoring 12 goals and conceding just two in the process.

The 28-year-old has singlehandedly accounted for nine of Enyimba’s goals in the domestic league this season and 13 across competitions.

Mbaoma a joint top scorer in the 2010/2020 NPFL with nine (9) goals, with Enyimba in fifth position with 32 points and three games in hand.

Former U23 Olympic Eagles left winger, Stanley Dimgba, has equally scored eight in the league and two on the continent.

Mbaoma reckons that Enyimba’s amazing form at the moment could help them when they face Guinean opposition, Horoya AC in the Confederation Cup quarter-final first leg tie in Aba on March 2.

“Here at Enyimba, we are like one family,”:he sounded emphatically.

“We are up to a specific ambition, and driven by the optimum desire to win trophies, including players, coaches, officials and our supporters.

“Stanley (Dimgba) is a personal friend, on and off the pitch. I must say that I’m happy to have a supportive and goal scoring friend like him.

“Enyimba, as a team, are in good form at the moment. It will help us in our coming games, especially the continental game against Horoya.

“We are hopeful of a good result in the first leg match and in the return leg match in Conakry, Guinea,” Mbaoma said. 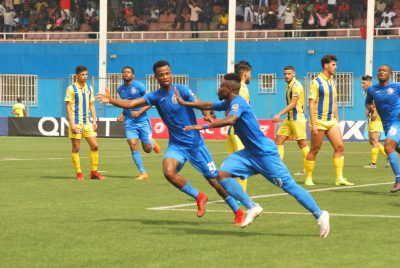