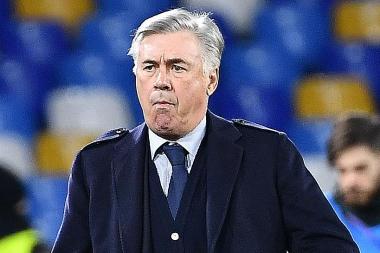 Carlo Ancelotti has arrived Merseyside to hold talks with Everton over their vacant managerial position following the sacking of Marco Silva.

Ancelotti was linked with the vacant manager’s position at Arsenal after Spanish coach Unai Emery was fired.

But Emirates chiefs seem to have turned to former player Mikel Arteta after holding talks with the Manchester City assistant coach at his house in the early hours of Monday morning.

Now Sky Sports News report the Italian is already on his way to meet with Everton chiefs.

Everton made Ancelotti – who was sacked as Napoli boss this month after a bust-up with president Aurelio Di Laurentiis – their prime target to take over at Goodison.

It comes after interim manager  and Toffees legend Duncan Ferguson ruled himself out of the permanent job.

Ferguson took charge of his second game on Sunday as the Toffees drew 1-1 against Manchester United at Old Trafford.

The former Everton striker also guided them to a 3-1 home win against Chelsea – and is set to remain on the coaching staff if Ancelotti is hired.

Ferguson will manage his third game on Wednesday as they play Leicester in the Carabao Cup quarter-final.

The stand-in manager revealed would hold talks with club directors – but urged them to bring in the best replacement with the most expeirence.

“It’s buying them a bit of time to get the right man in. With a couple of results, they can make the process more diligent,” Ferguson said.

“We need the best manager in the world and I’ve not got the experience. I’m all for us bringing in a top manager and if I can be part of it then great.”