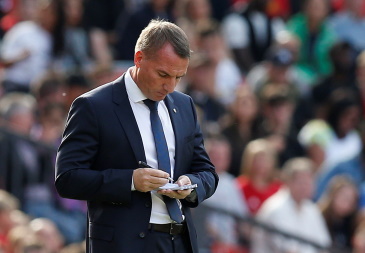 Leicester City is very confident of playing their remaining EPL home games despite localized lockdown. According to the statement released by the club, “No greater risk will be posed to the personnel of the club, our surrounding communities, or visiting teams. Hence, our forthcoming EPL fixture will remain unaffected.”

In spite of the local lockdown, Leicester City is very confident that their remaining home games at the King Power Stadium won’t be affected. The Club stated that it has discussed with the Premier League, its safety advisory group, and local authorities after the government made the announcement on Monday, following a sudden increase in the number of covid19 cases in the city.

The Foxes who are supposed to play Crystal Palace on July 4 will now ensure stricter health measures and safety. After the game on Saturday, they will be Sheffield United next and Manchester United later.

Although Matt Hancock, the health secretary stated that the Foxes match with Crystal Palace will be played, the chief executive of the Premier League, Richard Masters informed the parliament that several contingency plans have been put in place to move the game to another venue in case of any problem or for the game to be postponed if need be.

But a statement released by the club on Tuesday night announced that the remaining fixtures will not be affected by the localized lockdown and that the team will continue their training at Belvoir Drive.

A spokesman representing Leicester City stated, “The club has spoken with the Premier League, its safety advisory group and the local authorities following the announcement made by the government as regards safety measures against coronavirus in Leicester.

“All the parties involved in this, are satisfied that through continuous implementation of the Covid19 safety plan, the football operations of the club can safely continue to function properly under subsisting protocols. This will reduce the risk that the visiting teams, club personnel, and surrounding communities are exposed to. There will be no change to the training schedule of the first team, they will continue to train at Belvoir Drive and the forthcoming fixtures of the team will remain unaffected.

“The Club is capable of handling all sorts of situations. The Club has also put in place different continuity arrangements and contingency plans in case there is a deviation from the existing protocols.

“The fan-store of the Foxes at the King Power Stadium has been closed due to the requirement that non-essential retail should remain closed. The numbers of on-site workers remain restricted to only staff performing essential services that can’t be performed from home.

“The Club remains completely committed to ensuring that it plays its part in curtailing the spread of the coronavirus disease in our local communities by implementing a comprehensive and robust Covid19 control plan. We are also putting in several measures to ensure that we continue to perform at the highest level and to continue representing those communities in the field of play. We urge all our supporters around the city to continue to follow the stay at home order and to also follow updated advice provided at www.leicester.gov.uk.

The EPL believes that each and every one of its stadiums is very secure. However, before the clubs decided to restart the league, they had agreed on using neutral venues in case they are unable to play at home. The Premier League has made provisions for many standby neutral venues, in case it is decided that a game should not be played at the home stadium of a club.

Matt Hancock has also ordered that all shops offering non-essential services should remain closed until further notice, likewise the schools in the area.

He also advised the whole populace of Leicester to continue to stay at home and to stay away from non-essential travels. He reiterated that the government is working towards amending the law to make the enforcement of the lockdown easier.

Hancock further stated, “We are working towards changing the laws in the next few days. Some of the drastic decisions we’ve taken towards containing the spread of Covid19 in Leicester will require strict legal backings.

The lockdown measures were put in place in Leicester because the city is responsible for not less than 10% of the positive cases of Covid19 in the country. And there is a sudden increase in the number of cases in the last few weeks.

Brendan Rodgers, the manager of Leicester City stated that the team is safe and that the players of the club do not live within the city boundary. When they come for training, they drive into a very secure training pitch.

In spite of the threat faced by Leicester City pertaining to playing their home games in a neutral venue, Brendan Rodgers appears to be very relaxed about the prospect.

”Everything remains unchanged as regards the way we have worked so far especially in the current situation,” reiterated Rodgers, when speaking to Sky Sports as regards his team’s trip to Merseyside.

To find out more about how to bet on Leicester in the Premier League, go to Betting Gods Sports Tips.