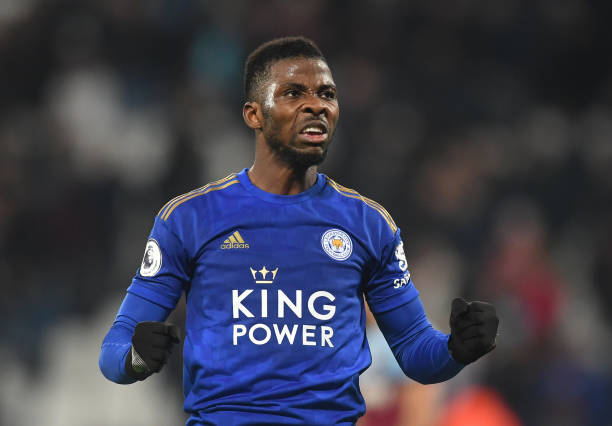 Rodgers: Why Iheanacho Stayed On The Bench Vs Chelsea

Leicester City manager Brendan Rodgers has explained why he left Kelechi Iheanacho on the bench for the entire duration of Sunday’s Emirates FA Cup quarter-final defeat to Chelsea, Completesports.com reports.

Rodgers opted to make three substitutions in the game, despite having five available to him.

With the Foxes chasing an equaliser to keep themselves in the competition, Iheanacho remained on the bench all through the game.

“I was just looking at Jamie knowing he still looked fresh,” said Rodgers when questioned on why Iheanacho did not make an appearance.

“We felt he (Vardy) could grab a goal, he doesn’t need many opportunities, so it was just waiting for that opportunity for him to come. So it was as simple as that.”

Ross Barkley turned in Willian’s cross for the only goal of the game in the 63rd minute.

The top-four contenders will face Everton in a Premier League fixture at the Goodison Park on Wednesday.