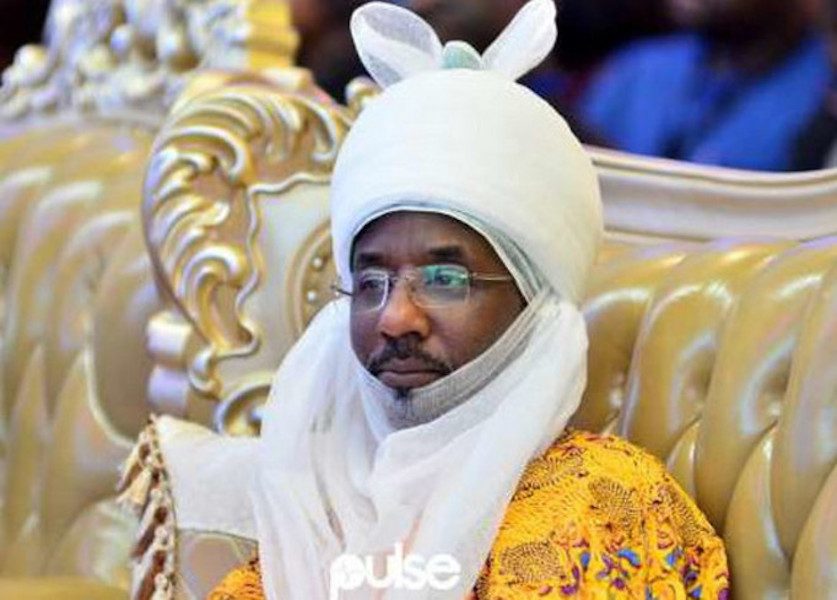 The dethronement and banishment of the former Emir of Kano, Alhaji Muhammadu Sanusi II by the government of Kano State, raises legal and constitutional issues, pitting old traditions and military era scenarios against Nigeria’s modern 1999 Constitution.

However, it was a joyous moment for Aminu Ado Bayero, one of the sons of late Emir of Kano, Alhaji Ado Bayero, as he mounted the throne of his father yesterday, following the deposition of Sanusi II.

The new king’s older brother, Sanusi, had reportedly won the succession battle in 2014 after the death of their father, who had governed the emirate since 1963, but was shunted by powerful political forces, who helped Sanusi II to twist the arms of Kano’s kingmakers that were said to have overwhelmingly preferred Aminu’s brother to replace his late father.

For Aminu’s supporters, who trooped to the streets of Kano to protest his shortchanging, yesterday was dancing time for they regained the paradise they lost six years ago as the no-love-lost between Sanusi II and the Kano State Governor, Dr. Abdullahi Ganduje, degenerated to the deposition of the former governor of the Central Bank of Nigeria (CBN).

In that regard, he stepped into the shoes of his grandfather, Muhammadu Sanusi I, who was dethroned in 1963 by the Governor of the Northern Region, Sir Kashim Ibrahim, and banished to Azare in Bauchi State.

However, the former Sarkin Kano’s deposition and banishment, legal analysts said yesterday have raised some legal and constitutional issues, bordering on his rights to fair hearing and personal liberty.

He was immediately consoled last night by former president, Chief Olusegun Obasanjo, who said the dethronement was undeserved.

Sanusi’s deposition and Bayero’s enthronement were announced yesterday by the Secretary to the State Government (SSG), Alhaji Usman Alhaji.

The appointment of Bayero, who was Emir of Bichi, was a strategic political move to ward off an imminent revolt in the emirate. Said to be popular among the youth and natural choice of the ancient city’s kingmakers, he was a perfect troubleshooting device to detonate the rising anger of the commoners against perceived harassment of their royal institution.

Speculations of his impending appointment and his possible replacement in Bichi by the Galadima of Kano, Alhaji Abbas Sanusi, had led to wild jubilations by supporters of Bayero while those of the dethroned emir wore gloomy looks.

Attempts by the supporters of Sanusi to protest his dethronement at the palace was resisted by policemen, who used teargas to disperse them.

SSG: Why We Removed Sanusi

In announcing the dethronement of Sanusi, Ganduje accused him of disrespect to constituted authorities, an act contrary to Part 3, Section 13 of the Kano State Emirate Law, 2019.

The SSG in a statement read to reporters at the Government House yesterday, said: “The Emir of Kano is in total disrespect to lawful instruction from the office of the state governor and other lawful authorities, including his persistent refusal to attend official meetings and programmes organised by the government without any lawful justification, which amounts to total insubordination.

“It is on record and in so many instances, Malam Muhammad Sanusi II has been found breaching Part 3 , Section 13 (a-e) of the Kano State Emirate Law, 2019 and if left unchecked, will destroy the good and established image of the Kano Emirate.

“This removal is made after due consultations with relevant stakeholders and in compliance with part 3 section of the Kano State Emirate Law 2019 and other reasons stated above.

“The removal was reached in order to safeguard the sanctity, culture, tradition, religion and prestige of the Kano Emirate built over a thousand years.”

The state government urged the general public to remain calm, law-abiding and go about their normal businesses, adding that a successor will be named shortly.

Following the announcement, security was beefed up across the state, as people moved about their normal businesses.

Amidst uneasy calm, the eagle-eyed security men prevented exit and entry into the palace.

Besides, water-tight security was also mounted at the entrance of the Kano State Government House and the state House of Assembly, apparently to forestall protests.

Announcing the new emir at the Government House in the presence of the four kingmakers of the emirate, Alhaji, who cited the resolution of the State Executive Council at its emergency meeting, and Section 11 (1) of the Kano State Emirate Law 2019, named Bayero as the new emir.

“I hereby announced Alhaji Aminu Ado Bayero, the former Emir of Bichi as the new Emir of Kano, as the 15th Emir of Kano,” Alhaji said.

The banished King arrived Nasarawa yesterday into the waiting arms of officials of the government of his host state. THISDAY gathered that the deposed emir would live in a reserved residence at Keana Local Government Area in Nasarawa State, where he would be received by the Emir of Lafia and other dignitaries.

It was gathered that before the embattled emir was taken away amidst tight security, he was reportedly put under house arrest with the palace sealed off by security agents.

Security was also beefed up at the entrance of the palace of the Emir of Kano.

A team of security agents drawn from the police and the Nigerian Security and Civil Defence Corps manned the palace.

House of Assembly in Rowdy Session

However, a free-for-all ensued at the Kano State House of Assembly yesterday when the Deputy Speaker and Chairman of the Public Complaints and Petition Committee, Hon. Hamisu Chidari, raised an observation over the ongoing investigation of petitions of an alleged violation of the culture, tradition and religious values of the people of Kano by Sanusi.

Trouble broke out when Chidari in his attempt to make his observation, which was already known to members, was instantly opposed by members of the Peoples Democratic Party (PDP).

In the process, a heated debate ensued, which resulted in pandemonium, as the opposition members struggled to take control of the mace.

But the mace was rescued by security men and the Sergeant-at-Arm attached to the assembly.

The fracas lasted for about 20 minutes before the House was restored back to normalcy and went for a 30-minute break.

Meanwhile, former President Olusegun Obasanjo has written Sanusi over his removal, describing the development as sad and good news.

In the letter personally signed by him, the former president said: “It is sad because it was undeserved.

“It is good because you have paid the price. My prayer is that God should give you the fortitude and the courage to continue on the path that you have chosen for yourself in the best interest of our country and humanity.”

However, the former Sarkin Kano’s deposition and banishment, legal analysts said yesterday have raised some legal and constitutional issues, bordering on his rights to a fair hearing and personal liberty.

According to legal experts, THISDAY spoke to last night, the process of his removal and eventual banishment, if challenged in court might be overturned on the grounds that it runs contrary to the principle of fair hearing and personal liberty guaranteed under the constitution.

A senior lawyer, who preferred anonymity, said emphatically that the deposed emir appears to stand a chance if the deposition is challenged in court.

“First, he is already in court challenging the legality of the law under which he was removed. If he wins, and the law is declared illegal, then he would be deemed not to have been removed. Besides, a law abiding governor ought to have waited for the court to determine the legality or otherwise of that law,” he said.

He continued: “Second, it did not appear that Sanusi was given a fair hearing. His removal appeared to have been initiated in a day and concluded on that same day. Fair hearing is a principle of natural justice, failure to observe it may render the proceeding leading to his removal a nullity.

“Thirdly, closely related to the above is whether the Kano Executive Council followed the law under which he was removed. If the court bolds that the law- the Kano Emirate Council Law, was validly passed and constitutional, the court would look at the procedure adopted in removing Sanusi to see if the council adhered to the provisions of the law in removing him.

“Lastly, on his banishment to Nasarawa State, Sanusi can test the validity of the provisions of the Kano Emirate Council Law against the 1999 constitution especially the provisions of chapter 2 precisely the fundamental human right to movement.”

“Emirs are citizens of Nigeria, who are equally entitled to the protection of the 1999 Constitution as altered. The constitutional and human rights of Sanusi should not be compromised, just because he has been removed as emir.

This is more so when the banishment was done administratively and not via an order of court.”

The lawyers supported their propositions with the case of the deposed Emir of Gwandu, Alhaji Mustapha Jokolo.

Two courts, including a Kebbi State High Court and the Court of Appeal, sitting in Sokoto had nullified his dethronement.

The Court of Appeal, led by Justice Tunde Awotoye, held that Jokolo’s deposition by the former governor of Kebbi State, Senator Adamu Aliero, contravened the provisions of the law.

The panel held that the action specifically ran against Sections 6 and 7 of the Chief Appointment and Deposition Law of the state.

The court held that from evidence placed before it, the state government neither made an inquiry into the allegation against Jokolo nor consulted the state Council of Chiefs before carrying out the deposition.

Sanusi’s lawyer, Mr. Abubakar Mahmoud, spoke along these lines last night, saying he would, however, need his client’s instruction before he could challenge the deposition in court.

Specifically, he said the deposition did not meet the requirement of the law, while the banishment offends Sanusi’s constitutional right to personal liberty. 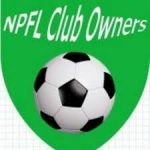