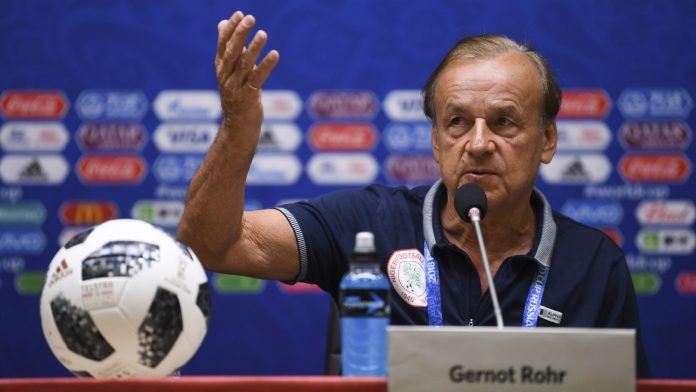 Super Eagles German tactician, Gernot Rohr has revealed that he has given up a fraction of his salary as part of his contribution towards the fight against the contagious coronavirus,National Daily learnt.

The gesture came, even as Rohr was currently negotiating the possible extension of his contract – which expires at the end of June, with the Nigeria Football Federation.

The last match the former Bordeaux manager handled for the three-time African champions was the AFCON qualifying game against Lesotho in November. Two Victor Osimhen’s goals powered Nigeria to a 4-2 victory in that encounter at the Setsoto Stadium in Maseru.

The Super Eagles were scheduled to face Sierra Leone last month, but the doubleheader Africa Cup of Nations qualifiers were postponed as a result of the coronavirus outbreak.

The pandemic had since forced the suspension of major leagues across Europe, with players and coaches taking pay cuts or donating to charity. Rohr conceded that he decided to give up part of his salary, as he was aware that his employers, as with the football world, are facing severe financial challenges.

When asked, in a chat with RFI in quotes carried by the TellerReport, if he had parted with a slice of his salary amidst the current health crisis, the former Gabon manager responded: