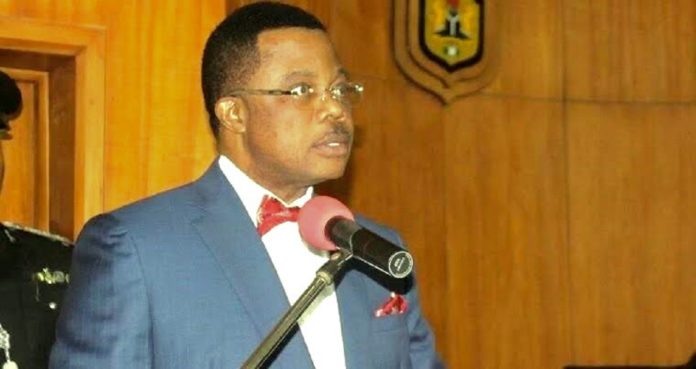 Those Who Engage in Political Games Over Coronavirus Are Like Mass Murderers, Says Anambra Government

The Anambra State government has descended heavily on those who indulge in political games over the coronavirus pandemic in the state, comparing them to mass murderers and genocide perpetrators.

In a statement in Awka today, the Commissioner for Information and Public Enlightenment, Mr C. Don Adinuba, said those “ who are hell bent on politicizing a pandemic which puts the lives of millions of our people at grave risk are no different from those who commit mass murder and genocide”.

He accused the politicians of refusing to contribute to the coffers of the state government or the Federal Government’s in the fight against the contagion, but attempt to demonize those who donate to the campaign.

He mentioned in particular the former Central Bank governor, Professor Chukwuma Soludo, who last Friday donated N10m to the Anambra State Fund on COVID-19, only to be savaged the following day by an agent of a serving House of Representatives member who wants to run for the governorship next year.

Adinuba said that “all Nigerians are united in the fight against COVID-19, the worst viral attack humankind has faced in 100 years, the only exception being a handful of politicians in Anambra State who are driven solely by their private interests in the 2021 gubernatorial election which they see as an opportunity to corner our commonwealth and play the role of godfathers”.

The politicians, according to the commissioner, also include “a former top government official in the state who incited traders not to comply with the directive closing down markets to guard against the spread of the coronavirus, but made sure that he and his family stay at their exquisite home in Ikoyi, Lagos, to avoid contracting the contagion.

“They shut down their businesses in Lagos and Abuja so as to maintain social distancing for themselves and their staff members, but attempted to goad traders in Anambra State to resist the market closure.

“This is sheer hypocrisy, worse than the type exhibited by the Pharisees in the time of Jesus Christ.

“The major markets in the state are always overcrowded with millions of people from West and Central Africa, and this can easily lead to the spread of COVID-19 on an unprecedented scale.

“We laud the market leaders for choosing to cooperate with the government and work for the common good”.

The commissioner accused the politicians of working directly against the interests of the state.

“When Governor Willie Obiano called on President Muhammadu Buhari to grant our state one billion naira after giving the Lagos State government five billion naira to assist it in the fight against the pandemic,” explained he, “the politicians began to openly condemn it.

“It is unfathomable that politicians from our state should be against Anambra receiving its own share from the national purse.”

Mr Adinuba revealed that the politicians have for the past two weeks been sponsoring some internet writers to publish that Onitsha has been overwhelmed by the coronavirus whereas Anambra State has not recorded an index case, despite the peripatetic nature of the people which sees them in all parts of the world.

They have even gone to churches to lobby preachers to announce that as many as 15 persons in Onitsha have been confirmed to be afflicted by the disease, he added.

“All the politicians have been doing is to de-market the state because of their political ambitions.

“The fight against COVID-19 is a fight for our people’s future.

“Those who politicize the fight have no respect for human life which is sacred, nor do they have respect for God who created the human being in his own image”.