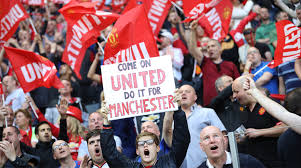 The transfer window may not be here yet especially as the world battles the global COVID-19 pandemic, but top European clubs like Manchester United are already working on rebuilding plans towards the next football season.

It is no news that the young England international sensation Jadon Sancho has dominated the transfer speculation with a string of top European giants including Real Madrid, Bayern Munich, Chelsea, Liverpool and Manchester United credited with an interest in securing his services.

Meanwhile, reports reaching National Daily reveal that Sancho could be finally be heading to Old Trafford amongst other suitors.

Liverpool for instance may not prioritize a £100 million Sancho considering the fact that they already have good options in the likes of Mohammed Salah and Sadio Mane in that similar wild position.

Chelsea on the other hand are likely to be discouraged with such huge budget as they may not fancy breaking their transfer record yet on Sancho.

Manchester United are thus left with every opportunity to secure the Dortmund firepower as the young England talisman will rather fancy a return to his domestic league.

Interestingly, the ongoing rebuilding process at United which focuses on young English talents has set every indication that Jadon Sancho is definitely headed to Old Trafford especially as recent reports suggest that the youngster is already an admirer of Ole Gunnar Solskjaer restructuring process in United.

United fans are delighted to learn that Marcus Rashford believes that Jadon Sancho is the embodiment of the “new generation of a footballer” and would relish the chance to play alongside him at Manchester United.

Rashford expressed his hope of his England team-mate joining him at Old Trafford while speaking in an Instagram Live Question & Answer with Bleacher Report when he was asked how Sancho would link up with the United attack, Rashford replied:

“I think our link-up play would be good.

“Sancho is a great player, he’s like the new generation of player. He’s exciting to watch him become the player he is developing into. Hopefully we can all play together, that would be good.”

More interesting for United is the fact that Dortmund are willing not to stand in Sancho’s way if he wants to depart the Bundesliga club provided that his asking price is met.

“Even before the coronavirus outbreak, we said that we prefer that Jadon stays with us.

“At the end of the day, however, you always have to respect what the player wants…we don’t have to sell anyone for less than they’re worth”

And National Daily gathered from the claim by the Evening Standard that Solskjaer has already ordered reports on Sancho to ensure he is the complete package on and off the pitch. 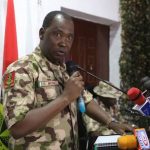