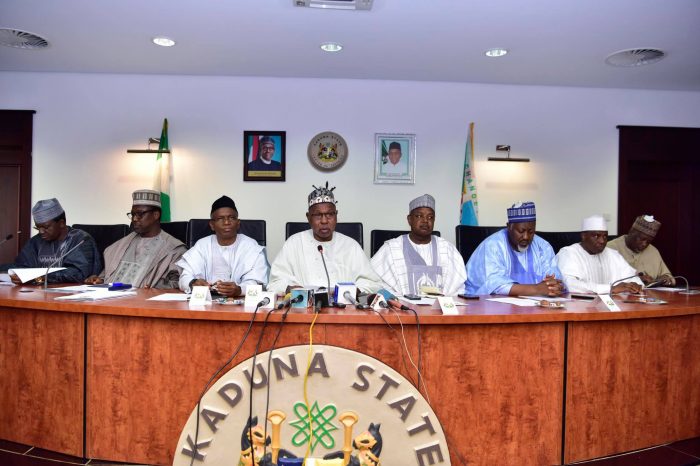 Northwest governors met on Wednesday and took a decision to shutdown all schools in the region for 30 days to halt the spread of the deadly Coronavirus pandemic.

The governors were joined by those from Kwara and Niger States. They met to review the security situation in their areas and to agree joint responses to the coronavirus pandemic.

The meeting, chaired by the Chairman of the Northwest Governors’ Forum, Aminu Bello Masari, was also attended by the SSGs of the states, their Special Advisers and commissioners responsible for security matters.

After briefings and discussions, the governors of the nine states agreed on extraordinary measures to tackle the menace of banditry.

A communique issued after the meeting disclosed that the state governors resolved to jointly fund security operations aimed at conclusively addressing the challenge from the criminal elements.

The governors also agreed joint measures to protect citizens from the likely impact of Covid-19, which included school closures

According to the communique “measures shall be taken by each of the states, in consultation with the national examination bodies, to close schools for a period of 30 days, starting from Monday, 23rd March 2020. Sensitisation campaigns to discourage large gatherings until further notice.