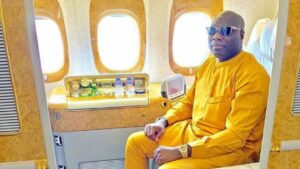 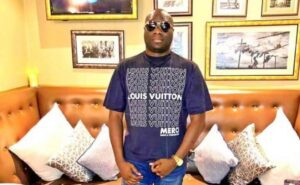 Nigerian Police Force has finally arrested a 44-year-old woman, Mrs. Bose Olasukanmi, who was used by several ‘fraudulent’ pastors to perform fake miracles in the country.

In the viral videos, the woman is seen with one bulgy stunted arm, but as the pastors pray, her arm begins to lengthen until it becomes normal again.

Mrs Olasukanmi has finally been arrested by operatives of the Inspector General of police Intelligence Response Team (IRT) in Lagos after months of trail on her by the undercover operatives.

A source close to IRT said Mrs Olasukanmi used to relocate to another church after being paid for every successful performance so that their trick would not be exposed by people or relations who may see her in the drama.

Her first performance was at a Lagos Church followed by a church in Port Harcourt and the church in Abakaliki before the cat was let out of the bag.

When the bubble burst, Olasukanmi went into hiding while the fraudulent pastors quickly made a video of how and when they were performing the fake miracle, which looked real to the unsuspecting congregation as they watch her being healed by the pastors.

“Once she enters the stage, she would pretend that the broken right arm had been hanging and all medical efforts to heal her in both orthodox and native hospitals proved abortive until one of her friends, who is a member of the church advised her to try the church.

“At this point, one of the ministering pastor or the general overseer would step forward and demonstrate as if the Holy Spirit had entered him.

“After speaking in tongues for some minutes, he would order the woman to come very close to him while the congregation would be silent anxiously waiting to see the broken right arm that have been hanging.

“The pastor would ask the woman: Do you want to be healed? Have you been born again? If she answers in the negative, he then led her to Christ in prayer. He would then order the evil spirit that bent her arm to depart and be destroyed by fire. As he is ordering the evil spirit to depart, the hanging broken right arm will be coming back gradually to its form until it is completely stretched down and normal and he would ask the congregation to praise the lord. While the congregation is busy praising God, one of the church members whose role is to take the woman away, would appear and whisk her away.

“This drama would make the congregation to increase in the next service as the people who witnessed the fake miracle would spread the news when they get home”, the police source said.

The police source revealed that the ‘fale miracle’ would increase the church congregation, and it will also increase the revenue the pastors would make from offering including the seed sowing the desperate victims would make to get their own miracle.

“The amount often demanded as seed offering ranged from N20, 000 to N50, 000 or more. Some would even donate their best cars without knowing that the miracle is a scam,”he said.

Worried by the failure of the various law enforcement agents, information regarding the nefarious activities of the pastors was given to the commander of the Inspector General of police Intelligence Response Team, a Deputy Commissioner of police, DCP. Abba Kyari who directed the Southwest coordinator, a Chief Superintendent of Police to fish out the woman to be able to intercept the fraudulent pastors, church workers and others who played roles in the scam.

When operatives of the team swung into action, the woman Mrs. Olasukanmi was arrested and brought to Lagos and she confessed to the crime and promised police that she would lead them to the pastors and all the people who played different roles in the scam to regain her freedom.

In her confessional statement, Olasukanmi described herself as a native of Ilesha, Osun State. She said:

“I am married. I had three children. Unfortunately, two died few hours after delivery. My husband loved me so much that he did not want me to do anything. He wanted me to be a housewife and he had been honouring my request and he treated me like a queen.

“Unfortunately, when he died, my life changed and I started suffering as everybody abandoned me. Though I had my primary school certificate, the only work available at the time was to go and serve a food seller at least, to be sure of daily bread. When the suffering became unbearable, I decided to relocate to Lagos for a greener pasture in 1989.

“Unfortunately, in 1990, I lost my mother and I went back home to give my caring mother the last respect.

“After the burial of my mother I came back to Lagos and secured a job in a food restaurant in Surulere area of Lagos without salary as Food Assistant. However the owner of the food center allows me to eat breakfast, lunch and dinner as I liked. Even customers sometimes gave me tip, which I used to buy soap to wash my clothes, body cream and personal need. I did not save a dime but it helped me a lot.

“I worked for 9years without salary and I had no alternative than to start planning on how to open my own food center or even food hawking in Surulere. Unfortunately for me, as I was walking on the road, one evening, a vehicle from nowhere had a break failure hit me to the ground and broke my right arm and left leg.

“I had no money to treat myself as the driver that hit me abandoned me later. Life became hard for me, as I had stopped living with my sister before I had the accident. I lost my husband in October 2018 and this made me to go and live with my sister, but when I secured this food-selling job, I relocated by renting a room in the same Surulere area.

“After the accident, everyone abandoned me and I had no money to continue to pay for a room.

“It was under this condition that I met a woman friend in 2008. Her name is Fatila Musa. She used to give me money to eat and ameliorate my suffering. One day she took me to her church and told me that the church had a two-month programme that would start from September to October and she would like me to accompany her.

“I then asked her how? She said she would teach me how to carry my hand and how to bring it down in such a way that the congregation would believe me and when I collect the money for the role I played, it will be reasonable to start my life.

“After a one-day rehearsal, she took me to a pastor at Calvary Close, Ogba area of Lagos.She said the name of the church is Radiant Army Deliverance Ministry a.k.a Anthony Anthony.

“The first day I performed, I got N9, 000. Life became sweet as the pastors were happy with my performance, but when people started gossiping that police may raid the place one day, the pastor told members to be carrying me away fast anytime I finish my performance.

“When the suspicion became too much, they started substituting my role with video recorded performance. In 2009 she carried me to a church in Port Harcourt. I performed in three churches in the three days we stayed there. The same year, we moved to Abakiliki area of Ebonyi State.

“I am a moslem, but the pastor, prophet Goffrey Abbey would only ask me to bring my hand down and I will start bringing it down as if his power was the thing bringing it down and be jumping up in joy to the deceit of the congregation who often clapped with joy and praising God for the miracle. I cannot remember the names of all the churches she took me to because their names were not disclosed to me.

“When I was in Lagos, she used to come and carry me in my rented one room apartment at Igando area of Lagos but in Port Harcourt and Abakaliki, she puts me in one of the rooms in the church premises. The performance in Port Harcourt was in Borikkiiri area.

“After each performance, I would follow Fatila to wherever she wanted us to go and sleep. She never used me for prostitution”

Asked why she yielded herself to that kind of unlawful act, she said: “I lost my conscience because suffering weakened my sense of reasoning. I needed money to treat my hand and everybody abandoned me. I needed to feed myself. I needed to survive.”

On whether she still believes pastors, she said: “Although I want to be healed, with this experience, it will be heard for me to believe any pastor again. I don’t believe that any pastor can heal me.

“I won’t mind the help she rendered to me because she used me to make money also and paid me peanuts.

“It is this same fake miracle performance I was involved in that made my father to get stroke when he heard that they were using me to make money.

“My advice to people who go to church is that they should open their eyes well and know the type of church they are worshipping.If they are careful, they would discover on time whether they are in a genuine church or with fake pastors and prophets.”

KanyiDaily recalls that one of the pastors linked to the fake miracle was identified as Pastor Chris Okafor. He is reportedly the founder of Mountain Of Liberation and Miracle Ministry.

Pastor Chris Okafor had also come out to clear the air on his involvement in the “fake miracle” circle. 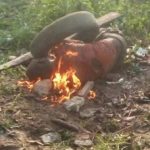 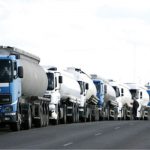 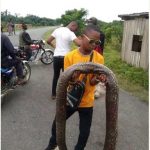 See The Massive Python That Got People Talking (Photos) 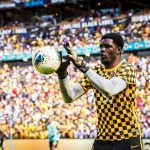 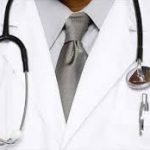