Netflix, which has set up an office in Nigeria, has unveiled its first Nigerian original – a six-part drama series from Vaya director, 45 year-old Akin Omotoso.

The movie which has no title yet, will be directed by Omotoso, Daniel Oriahi and CJ Obasi, Deadline reported.

Lined up to star in the movie are Kate Henshaw and Ade Laoye, among other Nollywood stars. The series is set in contemporary Nigeria and shot in Lagos. It tells the story of Kemi, a goddess reincarnated as a human to avenge her sister’s death. But first, she must learn how to use and harness her superpowers to defeat her enemies and save her family from destruction.

It is produced by Rififi Pictures, producers of Tell Me Sweet Something and Material.

Netflix’s Chief Content Officer Ted Sarandos said, “Movies like King of Boys, Merry Men and The Bling Lagosian have shown how much our members love Nigerian movies. So, we’re incredibly excited to be investing in Made in Nigeria stories – bringing them to audiences all around the world.”

Dorothy Ghettuba, manager of international originals, who oversees its African original push, added, “Our continent has a wealth of diversity, multiplicity, and beauty in stories that have yet to be told and we want to be top of mind for creators in Nigeria, especially when it comes to stories they haven’t had a chance to tell yet.” 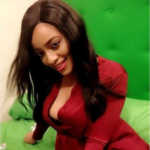 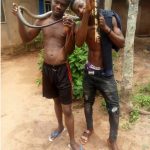 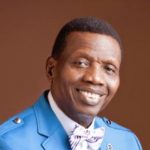