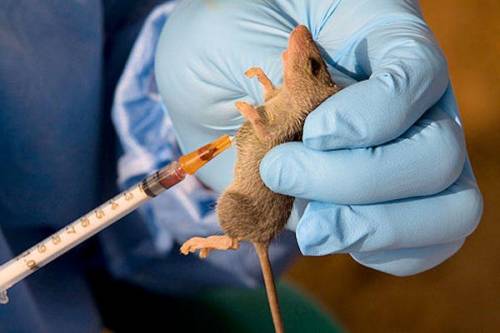 Two expectant mothers – one each in Rivers, Enugu and Adamawa states – are among the latest victims of the current Lassa fever outbreak in parts of the country.

Six other persons have also lost their lives to the killer virus in other states.

Edo State alone has placed 1200 patients under observation while 70 are under surveillance in Rivers State.

Apart from the expectant mother, Lassa fever has claimed two other lives in Rivers State.

They included a young father of two and one other, according to the Director Planning, Research and Statistics in the state Ministry of Health, Chinwendu Atata.

He told reporters in Port Harcourt that results of samples from the deceased persons showed that they died of the virus.

She appealed for calm and assured that the state has procured facilities and sufficient drugs to tackle the challenge.

The Rivers State Public Health Emergency Operation Centre (EOC), she said, “had earlier commenced pro-active effort for containment of the outbreak. So far, all hands are on the deck for facility decontamination, line-listing, presumptive prophylaxis and surveillance to ensure public health safety and security.

“In addition, the state has procured large quantities of anti-viral agents; isolation centres have been designated and are being set-up across the teaching hospitals in case of any eventuality. Rivers State Government is doing everything to contain the Lassa virus.”

Pregnant woman, one other succumb to Lassa in Enugu

Two persons, among them a pregnant woman, have been confirmed dead in Enugu State as a result of the Lassa fever outbreak

Six suspected cases were reported, but three of these were confirmed.

The third victim, a 24-year-old female member of the National Youth Service Corps (NYSC) is responding to treatment.

Read Also: Why Lassa fever is a recurring decimal

The Chief Medical Director (CMD) of the University of Nigeria Teaching Hospital (UNTH), Ituku/Ozalla, near Enugu, Dr Obinna Onodugo, said of the death of the expectant mother: “It is confirmed that a case of Lassa fever came to UNTH today (30/1/2020) and died at our Emergency and Accident Unit. We are currently tracing contacts.

“We are also working with the Enugu State Epidemiology Team and the Nigerian Centre for Disease Control (NCDC) to ensure that proper measures are taken at the mortuary and to protect staff against new cases.”

No fewer than four deaths have been recorded in Delta State, following the outbreak of Lassa fever in parts of the country.

A source at the Federal Medical Centre, Asaba who spoke on condition of anonymity said   four   deaths had occurred, of which two were probable fatal cases.

Delta Health Commissioner, Dr Ononye Mordi could not be reached for comments.

The Edo State government has placed 1,200 people under surveillance since the Lassa fever outbreak last month.

Health Commissioner Patrick Okundia told The Nation in Benin that the state had recorded 91 confirmed cases and nine deaths so far.

One hundred and twenty one persons have been reportedly infected with Lassa fever in Ondo State.

Sources revealed that the deadly virus had spread to more than 10 out of the 18 local government areas of the state.

Most of the victims have been quarantined at the Federal Medical Centre, (FMC) Owo.

The state Epidemologist, Dr Stephen Fagbemi who confirmed the development, said some other patients have been quarantined   in Akure.

Seven residents of Bauchi State have been confirmed as having Lassa fever.

In all, 22 suspected cases have been confirmed in the state.

Health Commissioner Yakubu Nuhu Danja told newsmen in Katsina that three suspected patients were first isolated and the sample of their blood taken to the laboratory for tests and their results came back negative.

Lassa fever claimed one life in Adamawa State last week, but since then there has been no recorded case.

Health & Human Services Commissioner Abdullahi Isa said the deceased was a pregnant woman who suffered a stillbirth in the course of the carrying the virus.

The Benue State Government declared an emergency after a 40-year-old woman tested positive to the virus.

Health and Human services Commissioner Sunday Angbabo said patient was on admission at the Benue State University Teaching Hospital in Makurdi and was responding to treatment.

Dr Angbabo said government would launch a massive campaign against the virus and sensitize the people on how to avoid contracting it.

A student of the Nnamdi Azikiwe University (Unizik), in Anambra State, has been confirmed as carrying Lassa fever virus.

The state emergency response team has moved the patient to Abakaliki, Ebonyi State.

Health officials in Cross River State have stepped up awareness campaign for residents to understand the preventive measures on Lassa fever although there has not been no reported case of the virus in the state,

Director General, Primary Healthcare Development Agency (CRSPHCDA), Dr. Janet Ekpeyong, in a statement advised residents to observe personal hygiene by covering their food items and keeping them away from rodents.

There were fears on Friday about possible spread of Lassa fever in some communities in Oru West,Imo State, following alleged burial of victims of the virus in the state.

The deceased were said to have been brought home for burial from outside the state.

Abia State has one recorded case

The only recorded case of Lassa fever in Abia State so far occurred in Avonkwu Olokoro in Umuahia South Local Government Area.

The patient was admitted at the Federal Medical Centre (FMC), Umuahia but died shortly after wards.

‘We are on top of Lassa fever in Kano’ – Commissioner

The Kano State Government on Friday expressed its commitment to step up measures to end the outbreak of Lassa fever in the state.

Health Commissioner Aminu Ibrahim Tsanyawa said government was on top of the situation.