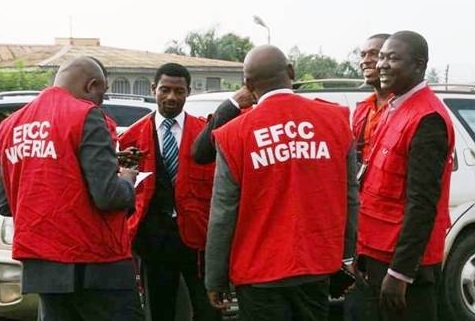 The conviction followed his prosecution by the Economic and Financial Crimes Commission, EFCC before Justice Taiwo Taiwo of the Federal High Court, Abuja, on two counts bordering on cybercrime.

One of the charges reads according to EFCC reads: “That you, Raphael Ifedora Onwugbolu (a.k.a Jeffrey Hanks) sometime in 2006 at Abuja, the Federal Capital Territory, FCT, within the jurisdiction of this honourable court, fraudulently impersonated one Jeffrey Hanks, an American medical doctor based in South Africa, with intent to obtain property to wit: the sum of $5,000 (Five Thousand United States Dollars) from one Maria Sandas, an American resident, and you thereby committed an offence contrary to Section 22(2)(b)(ii) of the Cyber Crimes (Prohibition Prevention, etc) Act, 2015 and punishable under the same Act.”

He pleaded guilty to all the charges.

Following his ‘guilty plea’, the prosecuting counsel, Olanrewaju Adeola, according to the EFCC informed the court of a plea bargain agreement entered with the defence team and urged the court to adopt same and sentence the defendant based on the terms of the agreement.

In his response, defence counsel, Adaji Abel pleaded with the court to temper justice with mercy, saying the defendant has become a changed person since 2006 when the offence was committed.

Justice Taiwo adopted the terms of the plea bargain and convicted him accordingly.

In his ruling, Justice Taiwo held that: “I am mindful of these types of crime in our society, which is giving our country a bad image all over the world.“

However, in view of the plea bargain agreement, the defendant is hereby sentenced to two years in prison, but with an option of fine of N1million to be paid to the account of the Federal Republic of Nigeria through the office of the EFCC.”