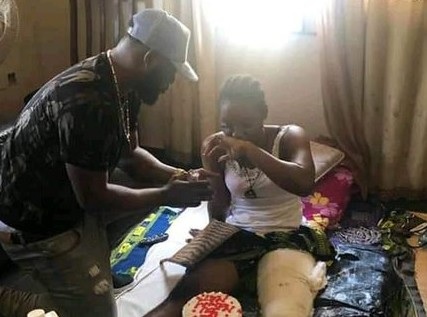 Emeka proposing to his girlfriend on her sick bed

A man simply identified as Emeka has left his girlfriend with sweet memories after he bent the knee to propose to her on her sick bed.

Since the photo surfaced online, he has been praised for sticking with the woman instead of abandoning her in her time of need.

According to reports, the lady was involved in a ghastly accident and has been bedridden for a while. 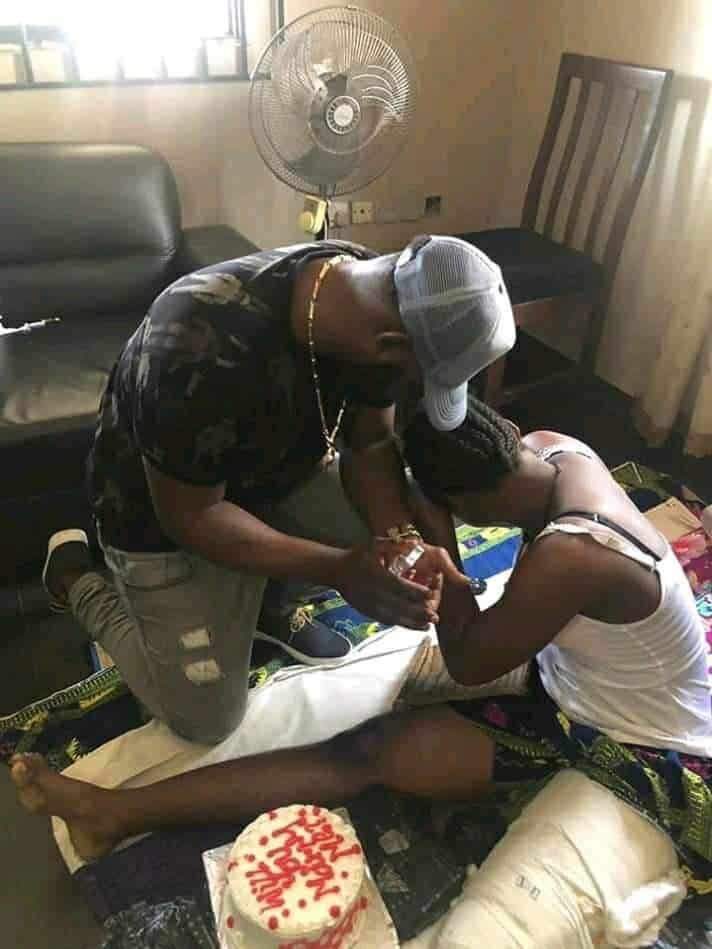