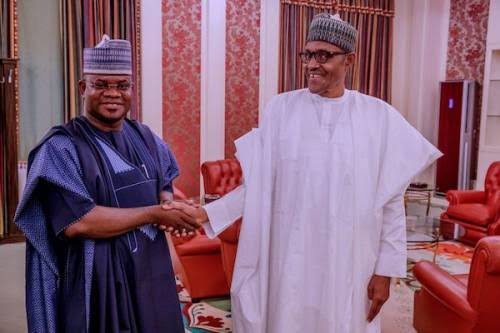 Governor Yahaya Bello of Kogi State may be close to proving critics wrong about his second tenure after receiving the endorsement of President Muhammadu Buhari at the State House, Abuja. National Daily learned that the All Progressives Congress (APC) national chairman, Adams Oshiomhole, had taken Governor Bello to President Buhari after the APC primary election won by the Kogi governor for a second tenure.

On arrival, President Buhari had held a closed-door meeting with Governor Bello and Oshiomhole on the November 16 governorship election in Kogi State in which Bello is the APC candidate. The President was said to have assured Bello of his support, having acknowledged the Kogi governor’s unalloyed support during the presidential election campaign.

National Daily learned that several controversial issues in Kogi State which include the months of non-payment of workers’ salaries in the face of the funds that were allocated to the state, and the perceived low performance of Governor Bello, had made the Kogi governor reluctant to go to the president on his own. However, on picking the APC governorship ticket at the party’s primary election, APC national chairman opened the door for the Kogi governor.

There are indications that the endorsement of Governor Bello may have began to change the political climate of Kogi polity in the build up to the November 16 election.

There are fears that the President may deploy the federal might to ensure victory for the APC candidate in the Kogi State governorship election. 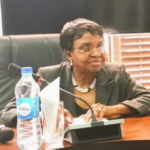 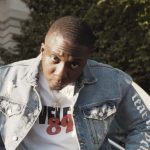 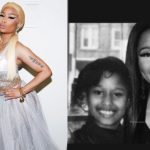 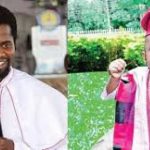 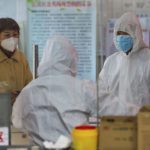