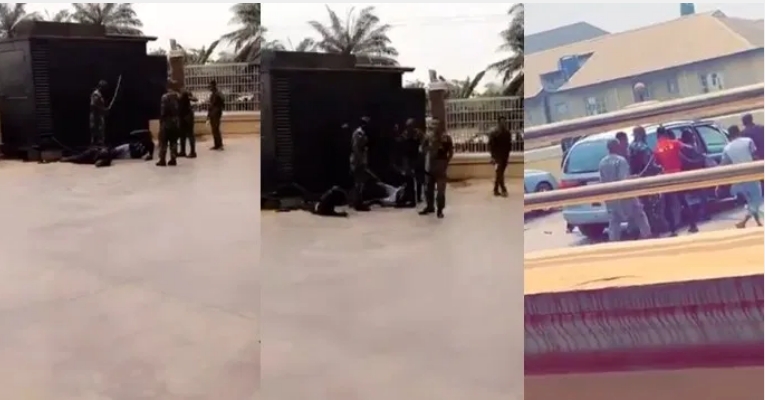 A video circulating the social media shows men of the Nigerian Army flogging officers of the Special Anti Robbery Squad (SARS) in public.

According to a Twitter user identified as Isaac Jesumbo, the SARS operatives had allegedly attempted to raid a yet-to-be-identified hotel.

Unknown to them the hotel is owned by a colonel of the Nigeria army whose boys (soldiers) were much around at the time of the raid.

The SARS officers were made to lie on the ground while the soldiers took turns in flogging and disciplining them to the amazement of onlookers who recorded and stared at the scene.

KanyiDaily recalls that a few months ago, some Nigerian soldiers and SARS operatives clashed over N50 million loot belonging to a Yahoo Boy.