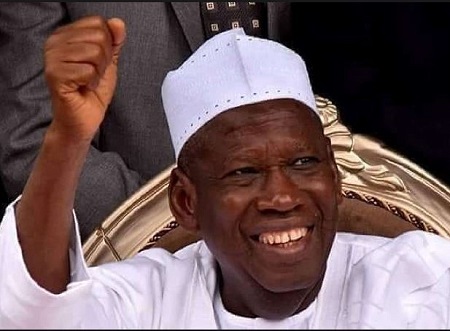 An African Group of Democrats under the aegis of African Democracy Assessment Network (ADAN) based in Dakar, Senegal, has selected Gov. Abdullahi Ganduje of Kano state to be honoured with an award of “Best Governor in 100 Days in office’’.

This is contained in a statement signed by Abba Anwar, the Chief Press Secretary to Gov. Ganduje and issued to journalists on Sunday in Kano.

“Barely 24 hours after the traditional 100 days in office for governors who were inaugurated on May 29, an African group of democrats under the auspices of African Democracy Assessment Network (ADAN), has selected Kano State governor, Dr Abdullahi Ganduje, for an award.

“After assessing what was achieved by all the governors in the last 100 days of their stewardship, Kano state governor, Dr Abdullahi Umar Ganduje, has been selected by the Group to be awarded “Best Governor In 100 Days,” he said.

Anwar said that the group, in a letter sent to the governor and signed by the West African Regional Coordinator, Mr Samson Theodore, looked at the major sectors that were likely to improve the living standards of the majority of people in the state as against the few individuals before selecting Ganduje for the award.

“We carefully selected these areas, education, health agriculture, security, economy, infrastructural development and politics, with concentration on supremacy of political party or parties as the case may be.

Anwar quoted the group in the letter titled “Why Kano State Governor, Dr Abdullahi Ganduje Picks First Position in 100 Days in Office” as saying that Ganduje was selected after the Mid-Year Democracy Review Meeting of the group.

“Your intention to establish College of Education, (Technical) for Women is considered by our panel of research, as genuine policy pronouncement. This will also go a long way in boosting Girl child education in the state.

“Ganduje made a clear pronouncement that both basic and secondary education will be free and compulsory.

“We are amazed that your policy pronouncement on free and compulsory basic and secondary education has become a reality.’’ 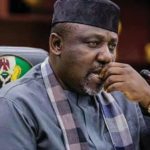 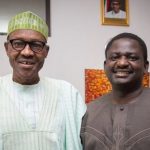