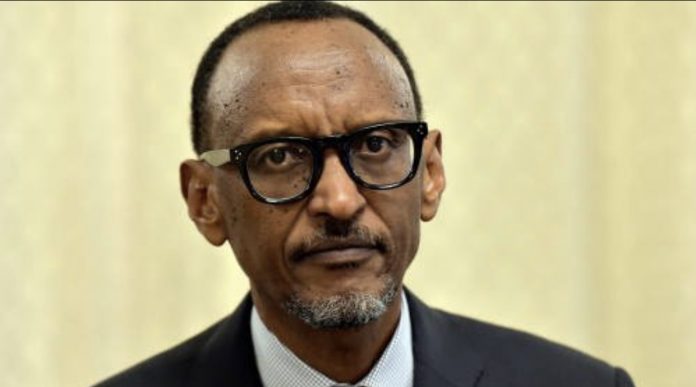 This is certainly not the best of times for Rwandan President Paul Kagame as he and his country are being alleged by a globally respected Business Newspaper Financial Times that they could have manipulated some economic growth statistics to disguise a rise in poverty, to attract foreign support,National Daily can authoritatively report.

The FT, in its Wednesday August 14, 2019 edition, available to National Daily, stated that: “a Financial Times analysis of government statistics has found that the data look to have misrepresented on at least one occasion, casting doubt on both the strength of the proclaimed economic miracle and the integrity of Rwanda’s relationship with its biggest donor.”

According to the International Publication, “the Rwandan government says poverty has reduced progressively since 2001 in the country of 12million. But according to an FT analysis of survey data published by the Rwandan bureau of statistics, poverty increased during at least one important period – the run up to a referendum in 2015 that allowed Mr. Kagame to extend his then 15-year rule for up to another two decades.”

It is on record that since he became president in 2000, certain reported economic and development indices have strongly positioned the country which has assumed the status of Pride of Africa and a darling of the development community such that its “growth in domestic product has exceeded seven per cent a year, infant mortality has halved, and access to education and healthcare has soared.”

To this end, “the World Bank has committed more than $4bn to the country since the 1994 genocide and championed huge structural reforms in sectors including health, education and agriculture.”

National Daily gathered from the FT publication that opposition politicians “say the country’s poverty level is part of a much bigger deception over economic progress in which donors, keen to laud Rwanda as a success story, have become complicit. More so, despite strong and mounting criticisms from exiled former allies who have questioned the government’s economic performance and criticism of Mr. Kagame’s seeming authoritarian tactics, “the World Bank’s support has continued.”

Dianne Rwigara, who was jailed for 12 months after she challenged Mr. Kagame for the presidency in 2017, was quoted as saying that, “The government is trying to convey that we are developing so they can hide what is really going on.” Adding, “when you come here as a visitor all is put in place to impress you, but the reality is well hidden. You have to live it to believe it,” she concluded.

In the FT analysis of the impact of rising prices, made available to National Daily, it said a small number of academics first challenged Rwanda’s poverty statistics in 2015, a step which forced the country to revise its analysis in 2016 and also the World Bank to publish its own response last year. Some of the findings by the academics, according to the FT, which have been published by the Review of African Political Economy, though compelling, have however been drowned by the strength of Rwanda and the World Bank’s denials.

In a stout defense, director-general of the National Institute of Statistics of Rwanda, Yusuf Murangwa was quoted as saying that: “Rwanda’s performance in poverty reduction among (among other things) is unequivocally real.” Progress was further corroborated, he added, by the positive trend in other areas including financial inclusion, the expansion of tax receipts, and the results of the country’s demographic and health surveys. “None of that would have been possible if poverty had actually been rising, as alleged,” he says.

Critics such as David Himbara, who was head of Mr. Kagame’s strategy and policy unit until he fled the country in 2010 to Canada where he is on self-exile over what he claims was his reluctance to massage official data, did not spare his former boss, even she insisted that poverty levels are just one of many manipulated figures in a regime where even statistics must toe the party line.

“Every number for Kagame matters whether it is politics or economics, and that is the way he convinces the donors to look away from his repression and rather concentrate on economic development,” says Himbara.

Findings by National Daily reveals that despite the seemingly weighty alleged infractions against Kagame and his government by the FT, there was no immediate official response from the Rwandan Authorities, fueling suspicion that they may have been caught in the act.

But Paul Kagame, the president of Rwanda, has publicly rejected the report by the Financial Times that national poverty data had been misrepresented in the run-up to a constitutional referendum in 2015 that allowed the head of state to extend his then 15-year rule for up to another two decades.

“I wish I could make any data toe my line because my line, I am convinced, is a good one. But at the same time, I will bet with anyone that there is actually nothing fake or fabricated or doctored about the progress we are making, there is no question about it,” Mr Kagame said in a speech in the capital Kigali.

The FT reported penultimate Tuesday that the results of a household survey in 2015 looked to have been skewed to show continued progress in reducing poverty. According to an FT analysis of the survey data collected by the National Institute of Statistics of Rwanda, rising prices for rural Rwandan families meant poverty levels almost certainly increased between 2011 and 2014. The NISR claimed poverty fell by 6.9 percentage points during the period.

However, it remains to be seen how they (Kagame and his government intend) to wriggle out of this controversy. 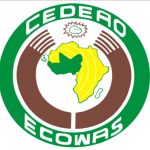 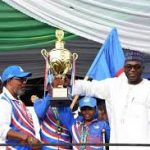 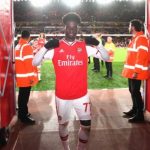