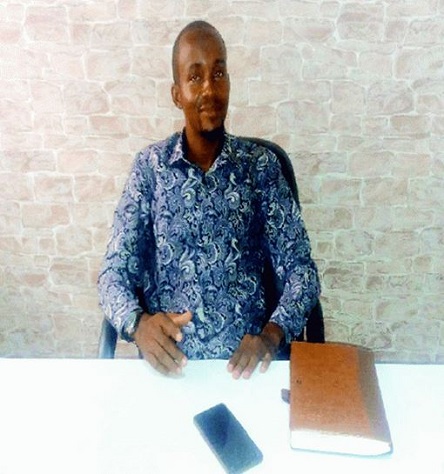 It’s no longer news that the scourge of unemployment in the land is largely the reason Nigeria is now infamously tagged the poverty capital of the world.

For a country embarrassingly endowed with material resources and a population that ought to provide a ready market to absorb the skills of her citizens; Nigerians over the years have had to learn to cope with hardship of the unusual variant due largely to maladministration dating back to decades of military dictatorship. Not even the return to democratic mode of governance in 1999 has succeeded in changing this sorry narrative.

Given the difficulties occasioned by the apparent lack of job opportunities in the land, many have resorted to seek greener pasture abroad, sometimes using illegal routes to their dream destinations.

But things weren’t this bad some years ago. Prominent Nigerians including literary icon, Professor Chinua Achebe (of blessed memory) and Kaduna State governor, Mallam Nasir El-Rufai in their memoirs, “There Was a Country” and “The Accidental Public Servant,” respectively painted a glorious picture of the good old days when impressive grades upon graduation from a university was a passport to a waiting job (s).

In their widely read accounts, both men had at least three jobs offers awaiting them even before completing their courses of study in English Literature and Quantity Survey at the University College (now University of Ibadan) and the Ahmadu Bello University, Zaria respectively. Those were the good old days when merit was principally the yardstick in the nation’s recruitment process.

In the midst of the despondency ruling the minds of many today, a young Nigerian has chosen to make the most of the situation by selling kerosene and engaging in private tutoring to eke out a living. Welcome to the world of Musa Ibrahim Musa, a first-class graduate of Chemical Engineering, University of Maiduguri.

Musa who shortly after his National Youth Service Corps, NYSC, proceeded to the University of Lagos for his Masters says he is disappointed for not being able to get a well-paid job despite obtaining a first class in Chemical Engineering.

He tells Saturday Vanguard: “I wouldn’t say I am disappointed but truth is that Nigeria is quite below where we thought it ought to be, side by side other developing nations of the world. You take examples of what countries like South Africa, Singapore and Malaysia have been doing in education and job opportunities; we are far behind where we should be as a country. I am disappointed to some extent because I believe there are many bright minds out there who can help Nigeria. I am an engineering graduate and I feel that Science and Technology should be the driving force in our quest for nation building. However, this is not the case today.

“However, I also want to say that I appreciate the Nigerian government in one way or the other because as an undergraduate way back in Maiduguri, I was privileged to get the Petroleum Technology Development Fund (PTDF) Scholarship. Though the payment was slightly delayed and I would say the delay actually helped me a lot because the last tranche of payment of the scholarship scheme was what I used in starting the kerosene business. I started the business in 2013 and thank God, it is getting better but I think if we could have people come in to support what we are doing, we can even serve more customers than we are currently doing.”

Given the mileage the grant offered him to start off, Engineer Musa wants government and wealthy Nigerians to come to the aide of young Nigerian entrepreneurs by providing them with seed capital to address the growing unemployment in the land.

With the sum of two hundred thousand naira (N200, 000) being the actual sum he got from the PTDF, Musa started the business with the acquisition of a storage tank which he stationed at Jikwoyi, a suburb of the Federal Capital Territory. Today, Engineer Musa has purchased additional three storage tanks, bringing the total to four.

So, how was this journey from the get-go?

”The actual amount I was given was N200, 000 but I actually invested N300, 000 in the business and that was because some other incentives were added in my final year in school. I believe government and private individuals can come in to support young entrepreneurs because finance is key but I also believe that some people have lofty ideas that they have not been able to put into practice,” he says.

Before now, the young man who hails from Itsukwi in Etsako East Local Government Area of Edo State has had his fair share of the pervasive corruption pervading the nation’s recruitment process in his search for job. He shares his experience this way: “I applied for the Dangote refinery job vacancy which was advertised some years back and on two occasions precisely. I applied, wrote the aptitude test but I wasn’t selected. In 2018, I applied again and I scaled through the aptitude test. I was interviewed but since then, I have not been contacted. Thereafter, I applied to teach Engineering at the Usman Dan Fodio University, Sokoto and the Edo State University, Iyamho but met a brick wall too.”

In pursuit of his vision to inculcate sound education to young Nigerians, Musa a few years ago founded Harvard Tutors, a first-grade teaching clinic for all categories of learners. According to him, “being a first class graduate has given me an opportunity to do many things and I thought if the job was not forthcoming, why not test the waters? I actually wanted to work in the oil and gas industry and like I said earlier, I did some applications but I couldn’t get the job. I started Harvard Tutors four years ago as a youth corps member but at that point in time, I was just doing tutorials for students at A levels and I felt why not take it to another level. So, I registered it as a business in 2016 and since then, we’ve been running it. It has been challenging but the experience has been wonderful.

“Currently we have two tutoring sites, one in Karu site and another one at Apo both in Abuja. But my plan is to expand to other places in Abuja and to other states of the federation. I have been receiving calls from some of my lecturers in the University of Maiduguri and some other colleagues and they all want me to bring centres closer to them.”

Have these two ventures in a way assisted in taking anyone off the street by way of employment? A smiling Engineer Musa says beyond his imagination, the kerosene business and tutorial classes have been a blessing. “We have four attendants manning our storage tanks. We pay them a monthly salary. This is also true of our Harvard teachers numbering 10,” he says as he struggles to curtail his excitement.

In less than three years of knowledge dissemination, the young engineer says a lot of impact has been made in the sphere of English, Mathematics, Physics, Chemistry, Biology, French, Computer Science and other subjects at both the ordinary and advanced levels of study.

Hear him: “We have had a lot of testimonies. I must say some of the students we have tutored over the years have come to say sir you really did so well for us in so many areas. The records are there for all to see. One of them is currently studying in a foreign university and a good number of them are in Nigerian universities as well. We bring innovations into what we do.”

Much as government and corporations are overwhelmed with the increasing demand for job placement; here is one Nigerian whose dream requires a fertile ground to germinate and grow into fruition.