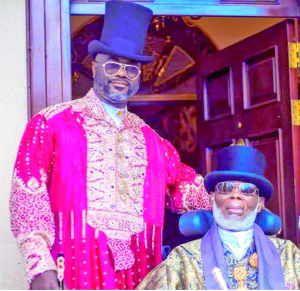 The Inside Story Of The Late Billionaire O.B Lulu Briggs’ Autopsy Crisis

Death brings out the best and the worst in families. This is a phrase many have probably heard or used time and again. As hard as it is for many to admit, countless families who never imagined there would be conflict over material things are suddenly overwhelmed by disagreement and power struggles after the death of their patriarchs. For the family of multi-billionaire oil mogul, High Chief Olu Benson Lulu-Briggs, while still trying to cope with the passage of their patriarch, their support system seems no longer together, but a source of additional stress. While alive, the Kalabari-born business magnate and philanthropist lived a peaceful, good life until late December 2018 when he died at age 88 while on a trip to Ghana. But seven months after, a family’s rift is preventing his peaceful transition to glory as there is yet no resolution in sight to the controversy surrounding the death of the chairman of Moni Pulo Limited, an oil exploration and production company. His death has set the widow, Dr. Seinye Lulu-Briggs, against one of the sons of the deceased, Chief Dumo Lulu-Briggs.

Dumo, the deceased’s second son and multi-billionaire Chairman of Platform Petroleum, has petitioned the Nigeria Police alleging that Seinye, his step-mother, has a lot of questions to answer over the death of his father among other complaints. There are conflicting accounts of how the businessman died — one says he died on a chartered flight while another says he arrived Accra alive before finally giving up the ghost on their way to the hospital.  This, it was gathered, forced the Nigerian Police to launch an investigation into the businessman’s death. An investigation team led by Mr. Adaku Uche-Anya, an assistant commissioner of police, was dispatched to Accra, Ghana. His team then met with the Ghana Police Criminal Investigation Department (CID) which consequently issued an order for a post-mortem on the corpse of the oil mogul whose remains has, since December, been deposited at the Transition Home in Accra, Ghana. Spotlight gathered that an autopsy was performed on the late oil mogul penultimate Friday at a military hospital in Accra. The operation was conducted by a certain Col. (Dr) Attoh, head of the Department of Anatomy of the 37, Military Hospital and Dr Lawrence Edusie, a specialist pathologist at Korle-Bu Teaching Hospital both in Accra. The preliminary autopsy report concluded that the octogenarian billionaire did not die a violent death and no reason to suspect anyone. But Dumo faulted the inquest claiming that the process leading to it was skewed to arrive at a predetermined result. He claimed that the whole process was nothing but a clandestine operation as a Nigerian pathologist, Dr. Francis Faduyile, who represented him during the post-mortem operation, was denied tissue samples he requested for independent toxicology and histology tests.

While Dumo is demanding for a fresh autopsy to be carried out, the widow expressed shock that his step-son could be twisting facts in his account of the process of the autopsy. “Nothing could be further from the truth. The autopsy was conducted under tight police protection at a military hospital in Accra,” she said. “Dumo was not even near the pathology conference room during the entire process. He ought to have asked his elder brother, Senibo, who was present, to brief him properly on what transpired.”

Spotlight gathered that there has been an age-long feud within the late O.B Lulu-Briggs family. In 2003, Dumo and his two brothers –Senibo and Sofiri – took their father,  Lulu-Briggs, to the Federal High Court to oust him as the Chairman of the company, Moni Pulo Limited, which he founded. The trio questioned their father’s ability to continue as the chairman of the oil exploration company due to his old age. But the matter was thrown out in 2004 after they failed to establish how their legal rights which they sought to protect will be affected. However, it was gathered that the main reason they took that action against their father was because of their stepmum, Seinye, who they fear would be made the heiress to the family estate. Fifteen years on, the bickering seems far from ending with the widow battling various attacks.

Sources told Spotlight that Seinye, while her husband was alive, tried to cozy up severally to all her stepchildren, especially Dumo, who remains the most influential of all the children, but she met a brickwall. Despite peace moves initiated by some influential friends of late Lulu-Briggs between Seinye and her stepson, Dumo, things remains the same. But the cold war escalated with the demise of their patriarch, leading to the difficulty in reaching a consensus on how to proceed with his burial. 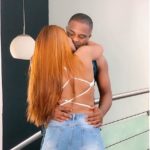 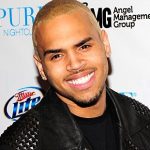 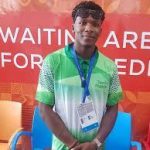