The spokesperson of the Nigeria Police Force, CSP Olumuyiwa Adejobi has reacted to a video that shows some officers manhandling a lady inside the Kagini Police station in Abuja. In the video shared by a Twitter user @Icaohi, some police officers were seen stepping on the lady while pulling her on the floor as they tried to force her into a cell.

Sharing the video, @Icaohi wrote: ”@PoliceNG look at what the untrained officers of the Nigerian police are doing to this lady. A reliable source informs that this incident took place at Kagini Police station Abuja.”

Reacting on his Twitter page, Adejobi condemned the action the police officer’s action which he described as ‘unruly, unprofessional and unacceptable”

The Police PRO wrote: “Hmmz this is bad and barbaric oo, why. We need to take up this case. PPRO FCT to act immediately, and revert pls.

“Whatever it is, men should not handle a woman like this. Its unruly, unprofessional and unacceptable. They should fish them out and face the consequences of what they have done., bc she is in the station already, in the compound with them, so!!.

“We have female officers to attend to cases like this, and its a fundamental thing that those women would have been called upon to attend to her. Women vs women is always reasonable and acceptable.

“Whatelse do still want to investigate? If some policemen go out of their bounds, the best is to take some actions, and recue the oppressed. I am sure their DPO was not aware of their misdeeds, thats why its easy for the landlord to liberate him.

“So no need for further investigation, but i am sure the DPO must hav taken an action, if not, hmm, that will be too bad. Too bad. Ire o..” Hmmz this is bad and barbaric oo, why. We need to take up this case. PPRO FCT to act immediately, and revert pls. https://t.co/uQ3sTocMFB

KanyiDaily had also published another video showing the moment a drunk police officer was ridiculed by some children for being intoxicated and sleeping while on duty. 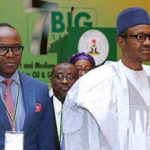 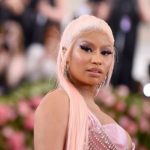 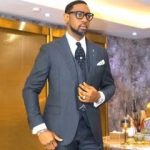