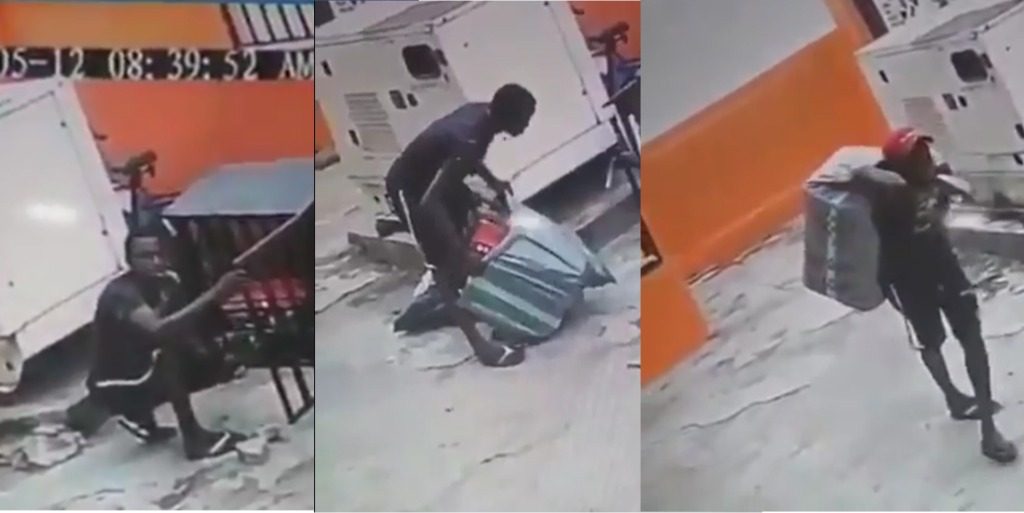 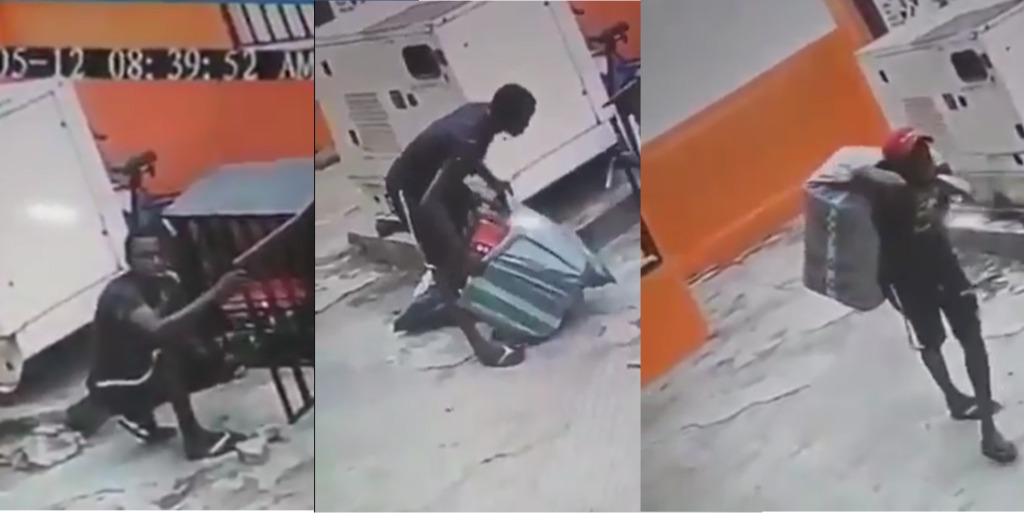 A thief has been caught red-handed on CCTV stealing a big generator from somebody’s compound in Lagos State.

In the video that was posted on social media, the unidentified man could be seen in a deserted compound, which appeared as if no one was home at that time.

He tried to browse around to ensure no one was looking while he made way towards the spot where the generator was placed. 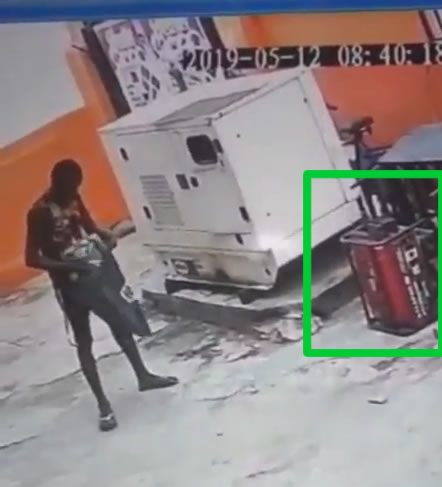 He effortlessly opened the lock of the generator house and carried the relatively big generator into a big sack he came with to the scene of the robbery. 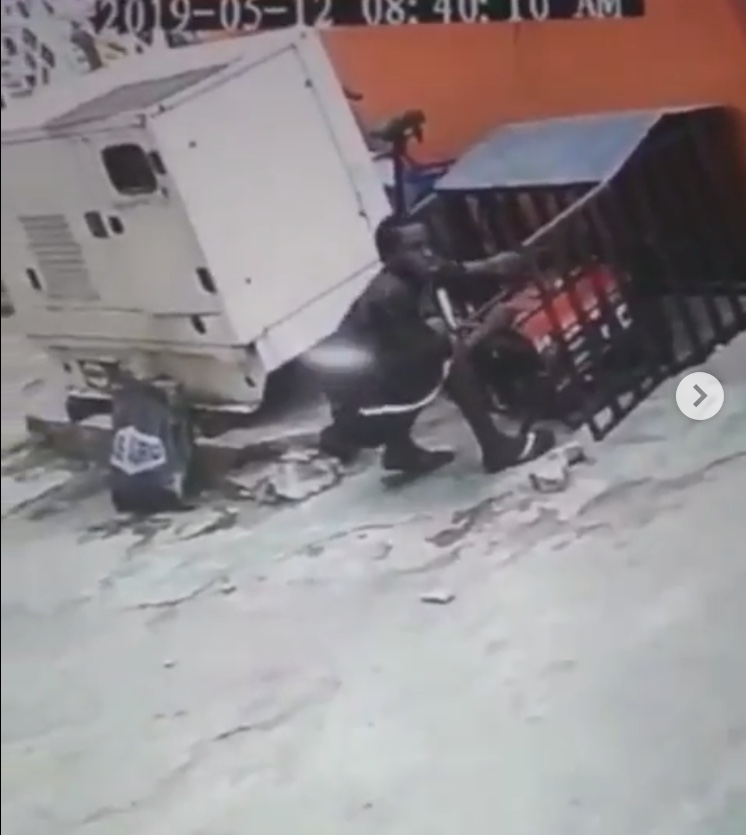 According to the people analyzing the footage from the CCTV, the man is likely to be one of the scavengers that scavenge dunghills for scraps. 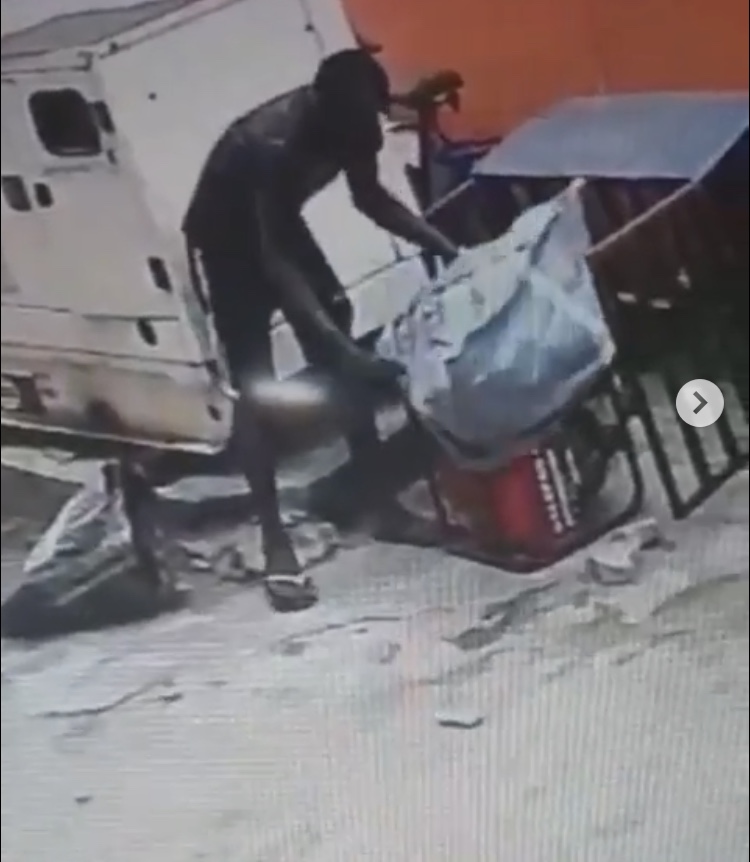 He tucked the generator into the sack and carried it easily on his back, despite the size of the Gen, as though he was lifting a bulk of scrap. 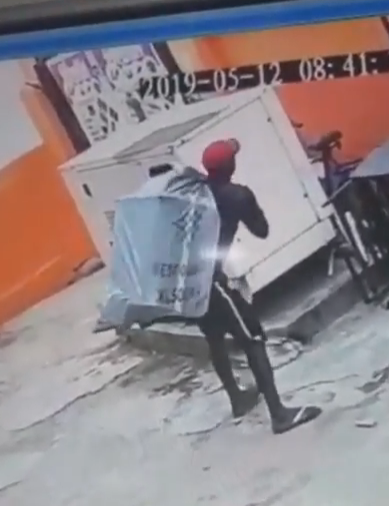 He would have stolen the generator without being noticed if not for the discreet CCTV camera. 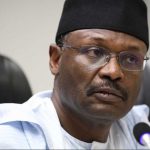