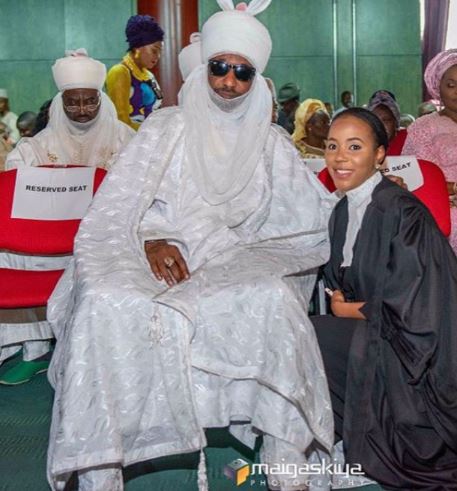 Emir of Kano and daughter

Kano State Governor, Abdullahi Ganduje has been described as the worst curse to have happened to Kano by the Emir of Kano’s daughter, Princess Fulani Shahida.

The Princess took to social media to bare her mind over the creation of four additonal emirates.

In the post which has been taken down but reposted by her sister, Princess Fulani Siddika, Shahida described Governor Ganduje as “Kano’s worst curse”

In yet another post, Shahida wrote “The moment a king decides to restrict himself for fear of losing power, he dethrones himself…”

Obviously in agreement with the whole post, Fulani Sidikka,  wrote:

“I don’t have anything more to say actually! My sister said it all” 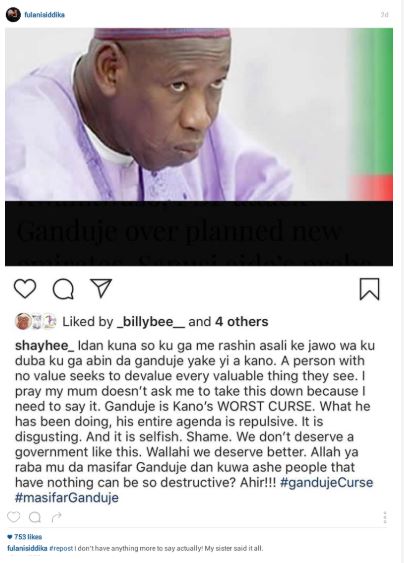 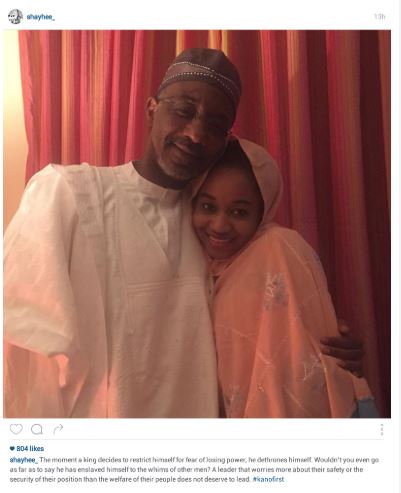 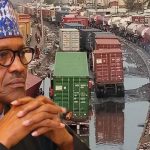 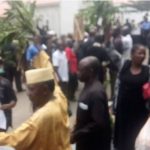 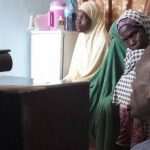