The Federal Government has paidN13.8m in salary and allowances to the Executive Secretary of the National Health Insurance Scheme (NHIS), Usman Yusuf, regardless of Yusuf’s indictment and suspension by a committee set up by the government to probe his tenure at NHIS. A seven-man committee established by government and chaired by Dr. Hassan Bukar, a permanent secretary, to investigate Yusuf had recommended his dismissal from public service. But the former NHIS boss earned full salary and allowances between December 2018 and April 2019, while on suspension.

The only logical thing to do after finding a public official culpable of “infraction of Public Procurement Act: Sections 16(6) and 32(7); and committed infractions of Rule 3125(i) (a) and (b) of the Financial Regulations” is for the Federal Government to accept or reject (with reasons) recommendations of its own committee and take actions necessary to assure citizens that nobody is above the law. It is, therefore, surprising that under the watch of a Federal Government, which has become synonymous with zero tolerance for corruption, Yusuf has been compensated, rather than prosecuted.

The controversy between Yusuf and the Minister of Health has dragged for too long, for the matter not to be brought to a closure, especially after the Bukar committee had submitted its report. There was a time the conduct of Yusuf caused tension in the Federal Ministry of Health and stimulated a spate of criticisms against President Muhammadu Buhari for appearing indifferent in a matter that called for immediate ethical direction from him.

Having created a panel to investigate the performance of Yusuf, and having received a full report from the committee, the government should have brought him to justice without delay. If the government believes in the report, it should prosecute Yusuf or at the very least dismiss him and make him return salaries and allowances paid to him while he was under suspension. To do otherwise is to make citizens feel that there are sacred cows, even in a government that has vowed to fight all forms of corruption. There is no excuse for the government to act in a way that it is condoning impunity.

Complaints about seeming return of impunity have also been raised about the hiring of the daughter of President Buhari’s Chief of Staff, Aisha Abba Kyari, as Assistant President of the Nigeria Sovereign Investment Authority (NSIA). Chairman of Coalition Against Corruption and Bad Governance (CACOBAG), Alhaji Toyin Raheem ,has described the appointment as controversial “because it violates set procedure at the NSIA, which is the legally constituted agency that manages Nigeria’s excess crude oil revenues.” In return, the spokesperson of NSIA has assured the public that its management board did all that the law required for hiring new staff.

Just like the issue of Yusuf, the government needs to ensure that it avoids any move that can suggest a new effort at embracing the era of impunity, the type that led to the election of a government of change in 2015, and again in 2019. This hiring will not be the first that has stimulated allegation of nepotism or cronyism. Appointing the daughter of the Chief of Staff requires that all the procedures be met in full and be made to appear so to the public. It is amazing that the reply to the allegation that the appointment of Aisha Kyari was not advertised has not been followed by documentary evidence by the NSIA, to show the job was properly advertised.

The job of the Chief of Staff is crucial to the presidency and by extension, the country. So does Abba Kyari’s daughter, like all citizens, have the freedom to apply for any position, but it is the hiring agency that has the duty to show with facts why Aisha was the preferred candidate for the job. In other climes, all efforts would have been made to avoid allegations of nepotism in the hiring of an Assistant Vice President to a financial agency that should be attractive to young professionals.

Citizens need to be assured that Aisha Kyari’s appointment was well deserved. Merely dismissing complaints of civil society organisations is not the best way to do this. The management of NSIA ought to provide evidence that it has followed the law in her appointment. Not doing this can be tantamount to condoning impunity. Nigerians deserve to know all the facts about the fate of Usman Yusuf and of the appointment of Aisha Kyari, if only to assure them that those who come to equity do so with clean hands. 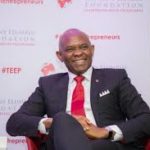 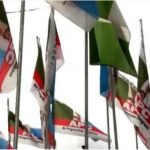 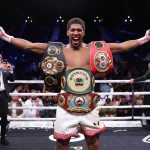